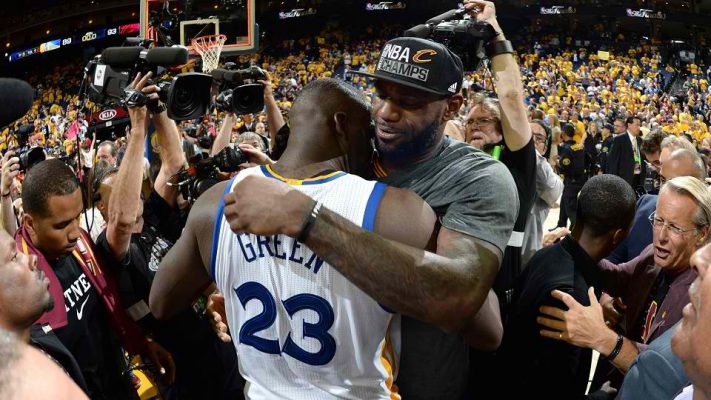 For much of the past four seasons, the Cleveland Cavaliers have considered their primary NBA rival to be the Golden State Warriors. Perhaps the most despised player on that team throughout those four seasons has been their brash and loud-mouthed emotional leader Draymond Green.

While Green is certainly one of the most reviled NBA stars in Cleveland, that didn’t stop him from showering former Cavs star LeBron James with very high praise on a recent episode of HBO’s “The Shop.”

Green has not only clashed heads with many of James’ former teammates over the years, he has also clashed with James himself. Still, it seems clear that he is well aware of the four-time MVP’s vaulted position in the world of basketball.

Green’s comments couldn’t be more spot on. In the four previous seasons, James averaged 26.1 points, 8.0 assists, and 6.5 rebounds per game. He led the Cavs to four straight NBA Finals, and brought the city of the Cleveland its first championship in decades. However, he may end up being remembered just as much for his intense sense of responsibility when it comes to philanthropy, speaking his mind, and bettering the lives of those around him.

Now that James has left the Cavs to join the Los Angeles Lakers, it will be interesting to see how his personal rivalry with Green and his Warriors teammates changes.

Given the fact that James will be playing alongside a motley crew of youngsters and career journeymen, it will be interesting to see how he fares in the far more competitive Western Conference.

Still, if Green and Cavs fans everywhere have been paying attention over the last four seasons, they won’t be shocked to see James’ talent help lift his squad to incredible heights.