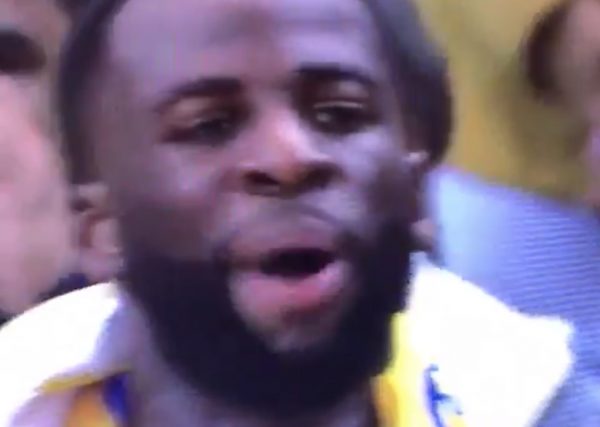 After one half of play in Game 1 of the NBA Finals, the Cleveland Cavaliers and Golden State Warriors are tied at 56, with the Warriors having concluded the half on a 16-5 run. One of the few points the Cavaliers managed came in painful fashion for LeBron James, when the Warriors’ Draymond Green poked him in the eye near the basket and then proceeded to insult James after he went down in obvious pain.

Draymond running the classic “poke the other team’s best player in the eye” defense that the Pistons created for Jordan in the ‘80s pic.twitter.com/UAiC7fUdk8

Draymond Green would like LeBron to know something pic.twitter.com/AlpKSXmmE2

The play came with 1:04 left in the half, with Green not only whistled for the foul, but also assessed a technical in the process. Kevin Love connected on the technical free throw and James hit both of his free-throw attempts, finishing with 24 points in the first half.