Thousands Petition for LeBron James to Be Made Secretary of Education 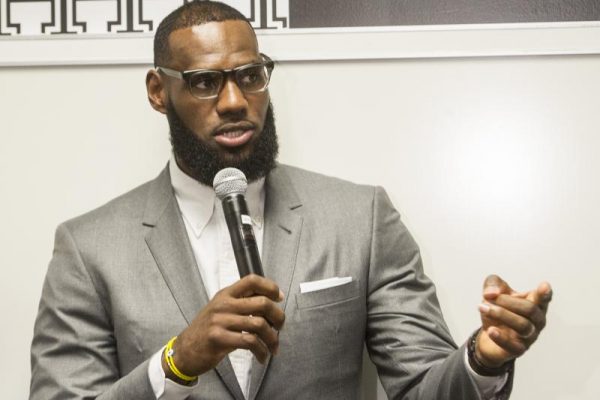 When former Cleveland Cavaliers forward LeBron James opened up his I Promise School on July 30, he received almost universal acclaim for the gesture. In the wake of that event, a fanciful petition has been launched to have James become the country’s Secretary of Education.

A woman known only as Rebecca G. began the online petition on the Care2 Petitions website. The current Secretary of Education is Betsy DeVos, whose job doesn’t appear to currently be in jeopardy. At the same time, James has never made reference to a future in politics. Despite those conflicts, the petition makes its case for the hiring of James:

“Sign my petition calling for DeVos to be fired and LeBron James to be named as U.S. Secretary of Education! LeBron James is an inspiration to kids all over the country. He’s shown he cares about America’s youth and understands the power of public education in helping children meet their true potential.

“Betsy DeVos was hired without ever setting foot in a public school — and she’s taken every opportunity to work against the interests of the children, teachers, and families she has pledged to serve. We certainly deserve better!”

The reality is that nobody will take this seriously since James already has a much better paying job after signing a lucrative contract last month with the Los Angeles Lakers. Even if the thought might have crossed his mind, the man who he would be working under, President Donald Trump, was too busy insulting James’ intelligence last week to acknowledge his philanthropy.

James clearly despises Trump, a fact that’s been evident for the past few years. In the interview that sparked Trump’s ire, James indicated that he would never even sit in the same room as him. Thus, the idea of him serving under the Trump administration goes beyond the absurd.