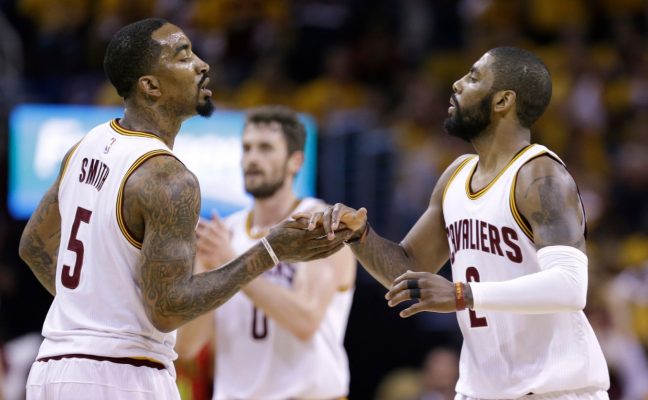 Last summer, some of the biggest NBA offseason news revolved around the blockbuster trade that sent former Cleveland Cavaliers point guard Kyrie Irving to the Boston Celtics. According to Irving’s former Cavs teammate, J.R. Smith, the All-Star point guard will be in the news once again when he becomes a free agent next summer.

On Friday, Smith’s simple answer regarding the chances that Irving ends up playing for the New Knicks made its rounds on social media.

Smith’s take on the issue first came when he responded to a post by Instagram user Nice Kicks, who inquired about Irving’s future. It seems rather unlikely that Smith has inside intel on the matter, but it is interesting to point that Smith spent three full seasons as a member of the Knicks.

It has been reported for some time that the Knicks plan to make Irving their primary target in a 2019 free agency that is loaded with talent. Considering Irving’s immense talent, it’s no surprise why. Though he only played 60 games in his first season with the Celtics, Irving averaged 24.4 points, 5.1 assists, and 3.8 rebounds per game.

It is important to note that one of the primary reasons Irving wanted to be traded by the Cavs is because he expressed a desire to be the primary leader on his own team. While he seemed to get his wish with the Celtics, the return of forward Gordon Hayward from injury and the impressive development of second-year star Jayson Tatum may leave Irving feeling like he is once again playing second fiddle on a loaded roster.

Only time will tell whether or not Smith is predicting the future or simply turning the rumor mill. Either way, it seems clear that fans already have a lot to look forward to when it comes to next summer’s offseason sweepstakes.