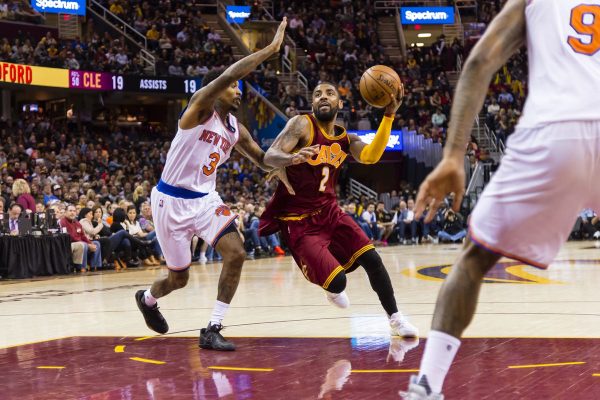 On Thursday, ESPN’s Pablo Torre revealed that disgruntled Cleveland Cavaliers point guard Kyrie Irving has a deep desire to join the New York Knicks, and now it appears we know why.

That’s because Yahoo Sports’ Jordan Schultz took to Twitter to explain that Irving is very intrigued by the prospect of playing with Knicks star Kristaps Porzingis in head coach Jeff Hornacek‘s system, which would allow Irving to control the ball in a fast-paced offense.

I'm told Kyrie is enthused by idea of playing w/Porzingis in a Hornacek system which will allow him to a) control the ball and b) run a lot. https://t.co/6m94T4hI2k

It was also reported that one of the primary reasons Irving wants to leave the Cavaliers is because he wants to be the face of a franchise and no longer play in LeBron James‘ shadow. With the Knicks, Irving would have the opportunity to compete with Porzingis, a young and improving star, and be that face he so desperately desires.

It seems Irving’s intentions are clear, but what really matters in trade discussions going forward is what the Cavaliers want in return.