Don't Miss
Home / Rumors / Report: Cavs Can No Longer Even Get Kyrie Irving on the Phone

Report: Cavs Can No Longer Even Get Kyrie Irving on the Phone 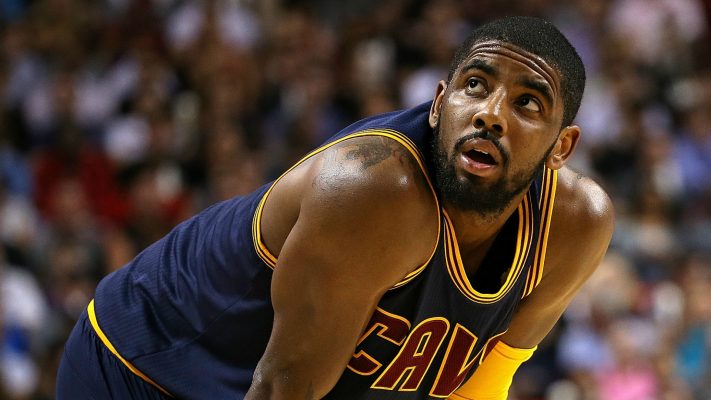 The continuing disintegration of the relationship between the Cleveland Cavaliers and point guard Kyrie Irving has now reached the point where simply communicating with the six-year veteran has become impossible. That’s apparently because he has declined to speak with anyone connected to the organization, according to Jason Lloyd of The Athletic.

Of course, when the news about Irving’s trade request became public last Friday, he was still in China. However, even while returning home, his cryptic social media messages have seemed to have heightened the drama surrounding the situation.

The comparison that Lloyd referenced between the LeBron James situation in 2010 and now has one distinct difference involved: James was a free agent when he stopped communicating with the team. In contrast, Irving still has two more years to run on his current contract (with a player option for 2019-20) and has no ability to prevent the Cavaliers from dealing him to any team, rather than one of the four franchises that he prefers.

The Cavs are presumably in the process of seeking the best deal possible for Irving, though Dan Gilbert mentioned during a Wednesday press conference that they were prepared for Irving to be a part of the team’s training camp when it opens two months from now. Given the volatile chemistry concerns involved with that idea, the preference is to deal him away. If and when that occurs, it remains to be seen if the Cavaliers will personally inform Irving or have him find out through media reports.