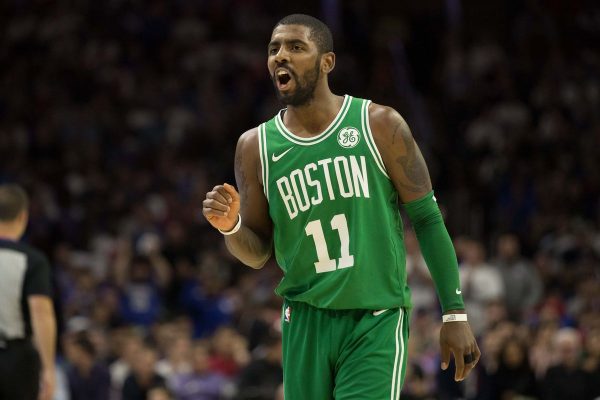 The trade that sent former Cleveland Cavaliers point guard Kyrie Irving to the Boston Celtics took place over a year ago, but it is still having a huge impact on both the teams that were involved.

According to Forsberg, Irving was filming his basketball comedy movie “Uncle Drew” when he heard the news that the trade had been finalized.

“All of a sudden I hear someone screaming, like a guy is just yelling and screaming. And then I see Kyrie run across the dance floor and down through the club and book it right out the door,” director Charles Stone III said. “And I’m already numb from the grind of shooting. I just kinda looked at my [assistant director] and deadpanned, ‘What happened now?'”

For Irving, the screaming quickly subsided, and he had to momentarily leave the film’s set to regroup.

“I left out of the club that we were shooting at and I had to decompress for a quick second and it was just an energy shift,” said Irving.

The trade proved well worth it for the Celtics last season, despite the fact that Irving missed the entire postseason after undergoing surgery. Now, with the All-Star point guard returning to full health and a talented and youthful roster around him, the Celtics seem destined to be the new class of the Eastern Conference.

For the Cavs, they will get to see if rookie point guard Collin Sexton, who they selected with a draft pick they received in the trade, can live up to the expectations of becoming the next star in Cleveland. If he does, there will be no doubt that this trade ended up benefiting both organizations.