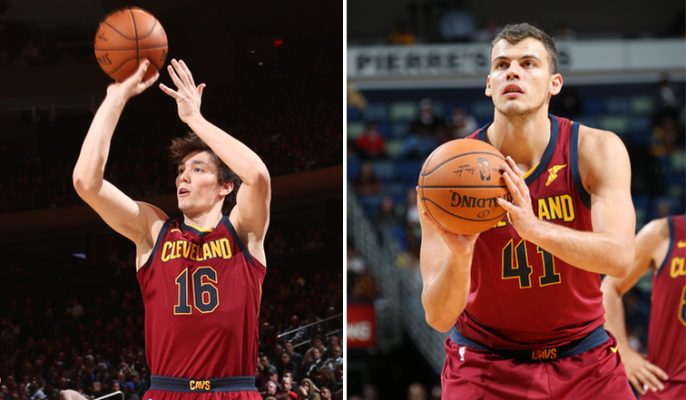 The Cleveland Cavaliers are still well over a month away from representing Northeast Ohio in the 2018-19 NBA season. However, before the NBA season begins, three members of the Cavs’ roster will be representing their home countries for the 2019 FIBA World Cup qualifiers.

Later this month, Tristan Thompson will represent Canada, Cedi Osman will play for Turkey, and Ante Zizic will suit up for the Croatian national team, according to Joe Vardon of Cleveland.com. Thompson will be competing in the American qualifier while both Osman and Zizic will be playing in the European tournament. Both tournaments take place from Sept. 13 to Sept. 17.

It is interesting to note that while Jordan Clarkson fought hard to represent the Philippines in the 2018 Asian Games, he will not be suiting up in the upcoming World Cup qualifiers.

The Cavs’ training camp begins on Sept. 24, so it will be good for these three players to get a taste of high-level competitive basketball before returning to Cleveland to begin the 2018-19 campaign.

All three players are entering pivotal seasons in their careers for different reasons. Thompson is looking to bounce back from a down season last year where he missed significant time due to injury. As for Osman and Zizic, they are both entering the second year of their NBA careers. Zizic will look to carve out a meaningful spot in the Cavs’ rotation, and Osman will look to live up to the growing expectations he is facing.

It will be interesting to see if they can get their seasons off on the right foot with strong performances in their World Cup qualifier matchups.