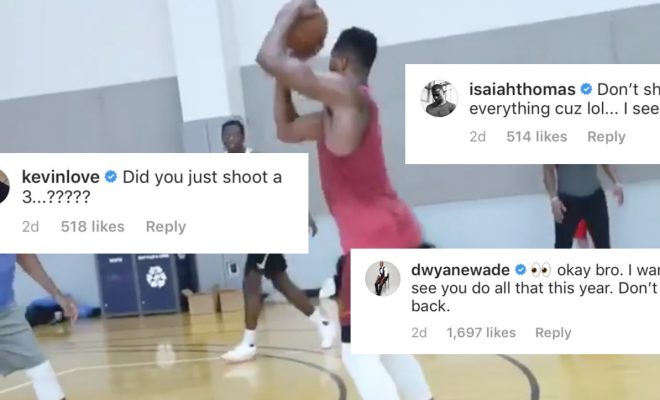 The NBA regular season is still nearly two months away, but Cleveland Cavaliers big man Tristan Thompson seems to already be in midseason form. On Friday, the 6-foot-9 veteran took to Instagram to post a video showing off clips from a recent pickup basketball game that he participated in.

By the looks of the video, Thompson put on quite a show in the game, and based on the comments, he definitely impressed some of his NBA colleagues.

Former and current teammates alike took to Thompson’s comments section to offer their praise and encouragement. 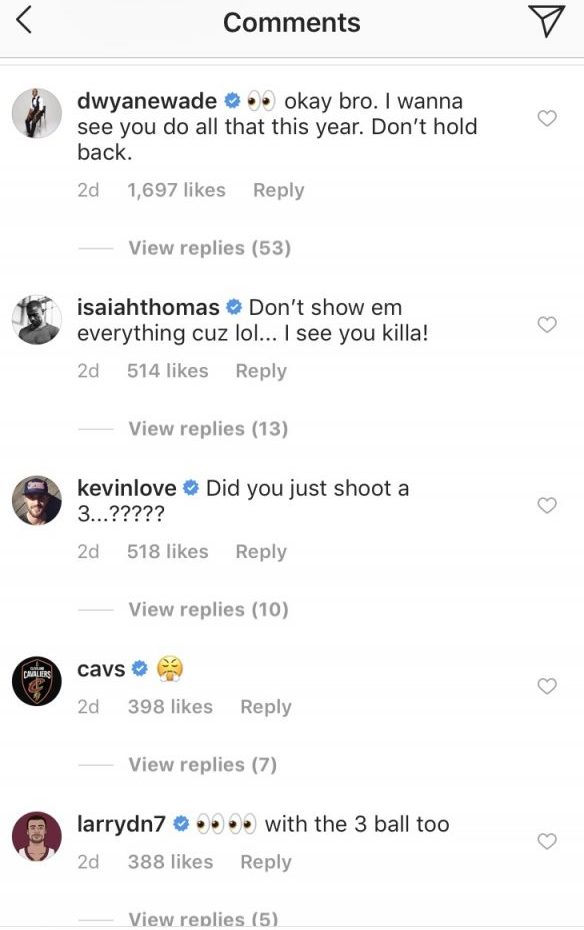 Thompson has never been a factor from beyond the three-point line throughout his career, but he has definitely been more of a force on the offensive side of the ball than he was during the 2017-18 campaign.

Last season, Thompson saw a dip in his production in several key categories. While he averaged 8.1 points and 9.2 rebounds per game in the 2016-17 season, he recorded just 5.8 points and 6.6 rebounds last year. Last season also marked the first point in his career that he missed substantial time due to injury. While he had played in at least 78 regular season games in the previous five seasons, Thompson suited up for just 53 contests last year.

Thompson has quite a lot to prove in this upcoming campaign. Because of LeBron James‘ departure from the team, Thompson will have to offer far more production on both sides of the court if the Cavs want to return to the postseason. Still, at just 27, he has more than enough time to get his career back on track.

If this video is of any indication, he may very well be on his way to that kind of rebound.