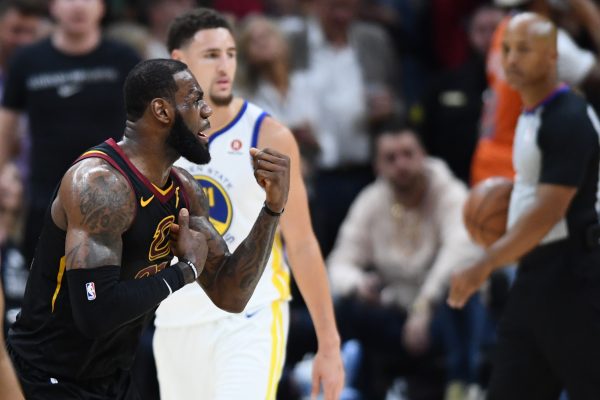 LeBron James versus the Golden State Warriors is perhaps the best NBA rivalry of the last decade, and in one NBA Finals matchup between the Warriors and Cleveland Cavaliers, All-Star shooting guard Klay Thompson was afraid of getting embarrassed by the four-time MVP.

Thompson recounted the incident in a recent interview on NBA TV.

“I remember one time in the Finals, I got the ball on the break and Andre was behind me, Iguodala,” he said as teammate Stephen Curry laughed along. “And LeBron was chasing me and [Iguodala] said, ‘You better dunk it, you better dunk it.’ So, I went up to flush it and I almost killed myself because I was nervous LeBron was going to come by and just swat that thing out the way. … He was coming full speed, so the landing wasn’t pretty. I wanted to make sure I flushed that thing because I wasn’t trying to see that ball go to half court.”

It’s interesting to see that despite the fact that the Warriors went 3-1 in the four consecutive NBA Finals appearances versus the Cavs, they still feared and respected James a great deal.

While James decided to trade in the Wine and Gold this offseason for the Purple and Gold of the Los Angeles Lakers, NBA fans may still get to see this fantastic rivalry continue if the Lakers and Warriors should meet in the Western Conference playoffs later this year.