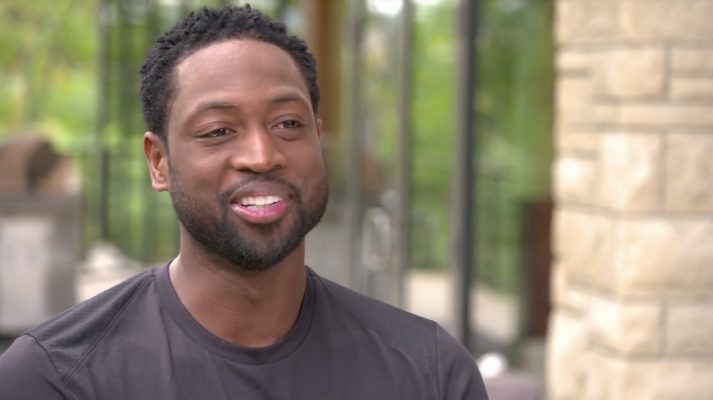 Now that Dwyane Wade is officially a member of the Cleveland Cavaliers, one thing left to answer is why he decided to continue his career in Cleveland. It turns out LeBron James was recruiting Wade throughout the offseason.

Wade sat down with ESPN’s Rachel Nichols to explain how the former teammates were able to get together once again as members of the Cavs.

“The first text message I got early, I think it was when, maybe a few days after Jimmy [Butler] got traded. He texted me to just check my temperature a little bit,” he said. “Then he hit me again later, like, ‘I don’t know what you’re gonna do. I don’t know where your mind is right now, but if something happens in Chicago and you guys decide to part ways, I want you to really consider coming to Cleveland.'”

Wade then explained that things got serious when the two met for offseason workouts in Los Angeles.

“Then when it started getting real was around the time we worked out in L.A.,” he said. “We got a time to sit down and just talk. And it wasn’t talking about, ‘Oh I want to be there,’ It was mostly talking, for me, sitting down talking to him and realizing what I wanted to do, what I wanted to be a part of.”

It seems that both Wade and James not only value each other as players, but as friends as well. Their connection while playing for the Miami Heat won two NBA championships, with the supporting cast they now have in Cleveland, another title may be just around the corner.

cleveland cavaliersdwyane wadefeaturedlebron jamesMiami Heatnews ticker
← Previous Story Video: J.R. Smith Addresses Whether He Will Come Off Bench for Dwyane Wade
Next Story → Video: Dwyane Wade Explains in His Own Words Why He Chose Cavs Over All Other Teams