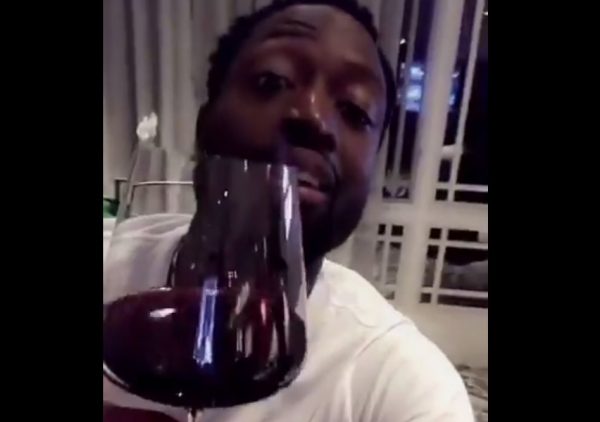 Dwyane Wade’s official addition to the Cleveland Cavaliers roster was made on Wednesday as the team and Cavaliers General Manager Koby Altman announced the shooting guard’s signing from Cleveland Clinic Courts.

The three-time NBA champion did not hesitate to get right into the swing of things as he went through the team’s evening practice session on Wednesday.

Afterwards, Wade was seen relaxing with his longtime friend and now teammate LeBron James, enjoying a glass of wine and company.

“I’m happy that we were able to keep him away from everybody else,” James said of Wade on Wednesday. “It’s a guy — come on, man — this is like one of my best friends. It’s kind of like when you start school and you walk into the classroom and you’re not quite sure who your classmates are and when you walk in there and one of your best friends is in there, you’re like, ‘Oh, yeah, this is going to be fun. It’s going to be a good class.’ That’s the type of feeling I got.”

With James and Wade back reunited once again, this could be just the push the Cavs need to once again reach the promised land and bring another NBA championship to the city of Cleveland, Ohio.

dwyane wadefeaturedlebron jamesnews ticker
← Previous Story Video: LeBron James on Whether to Expect More Alley-Oops Between He and Dwyane Wade
Next Story → Video: J.R. Smith Addresses Whether He Will Come Off Bench for Dwyane Wade