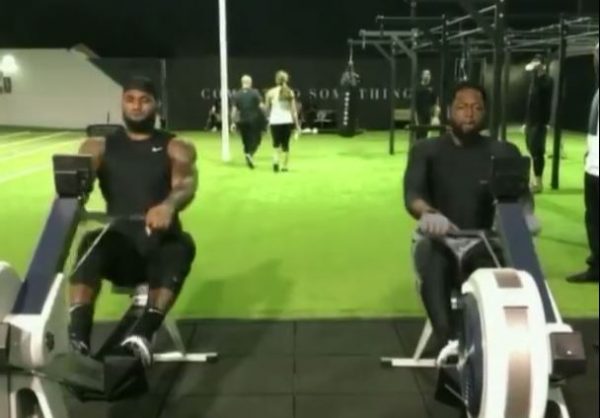 LeBron James and Dwyane Wade made news on Wednesday when it was reported that they enjoyed a joint workout session in Los Angeles. It seems the two enjoy working out together so much that they joined up again on Thursday night.

James shared footage of the two working up a sweat on his Instagram story.

Bron and Wade getting ready for the season ? (via KingJames/IG Story)

Preseason workouts are set to begin in the next couple weeks so it makes sense that the two All-Stars are using each other as motivation for the upcoming 2017-18 NBA campaign.

There has been little known movement on Wade’s status since it was initially reported that he is seeking a contract buyout from the Chicago Bulls. Still, he and James working out together so close to the start off the season seems to point to his reported interest in joining forces with James on the Cleveland Cavaliers for yet another championship run.