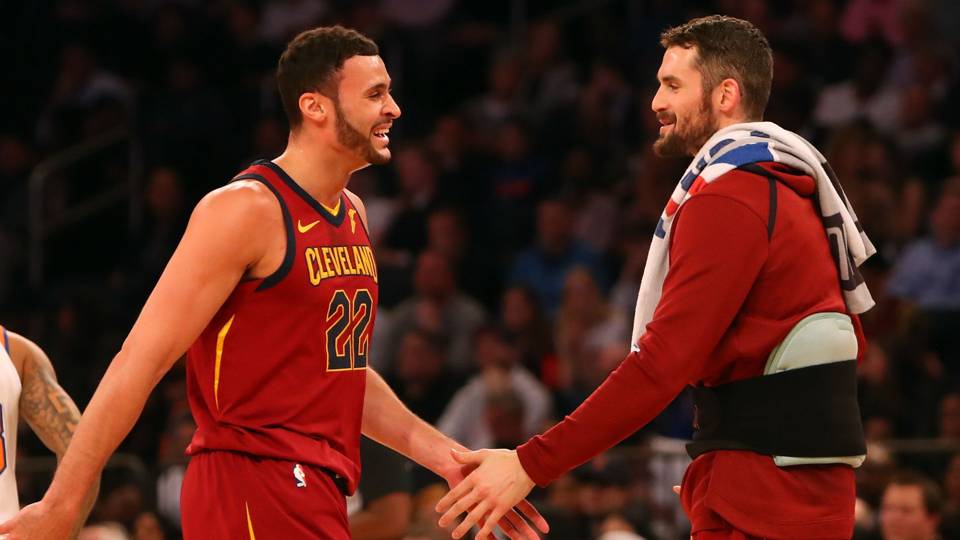 Recently, it was reported that Cleveland Cavaliers veterans Kevin Love and Larry Nance Jr. were planning to hold a minicamp for their teammates in the near future.

On Thursday, it was reported by Chris Fedor of Cleveland.com that Love will be hosting a camp next week.

“Love, who has taken a prominent leadership role during this post-LeBron James rebuild, is organizing a team minicamp in New York next week, league sources tell cleveland.com.”

The 2019-20 season won’t only be a big one for the Cavs as a whole, but for Love as an individual player as well. The former All-Star is coming off of the least productive season of his career. He played just 22 games last season due to undergoing surgery on his foot.

For the Cavs this season, the hope is that rookies like Darius Garland, Kevin Porter Jr., and Dylan Windler will make a smooth transition to the next level. Another important thing to look out for is if youngsters like Collin Sexton and Cedi Osman can also take that next leap.

As the lone All-Star and clear veteran leader of the team, Love is somewhat responsible for helping foster opportunities for his young teammates to grow.

Hosting a minicamp weeks before players have to report for training camp is certainly a great way to do just that.