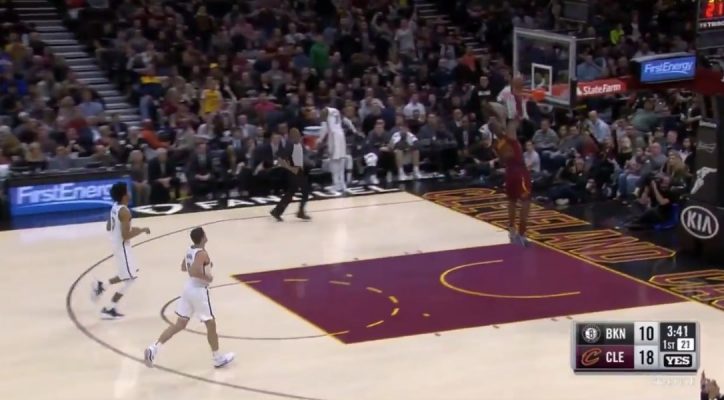 Cleveland Cavaliers superstar LeBron James tried to make the highlight reel on Wednesday night against the Brooklyn Nets as he stole the ball in the first quarter and was wide open for a breakaway dunk.

However, as James went up for the uncontested windmill jam that he’s been so accustomed to doing over the years, not everything went as planned

Watch as the four-time MVP clanks the windmill off the back iron, much to the delight of the Brooklyn announcers.

The Cavs currently lead the Nets 20-17 and are looking for their sixth straight victory of the season.