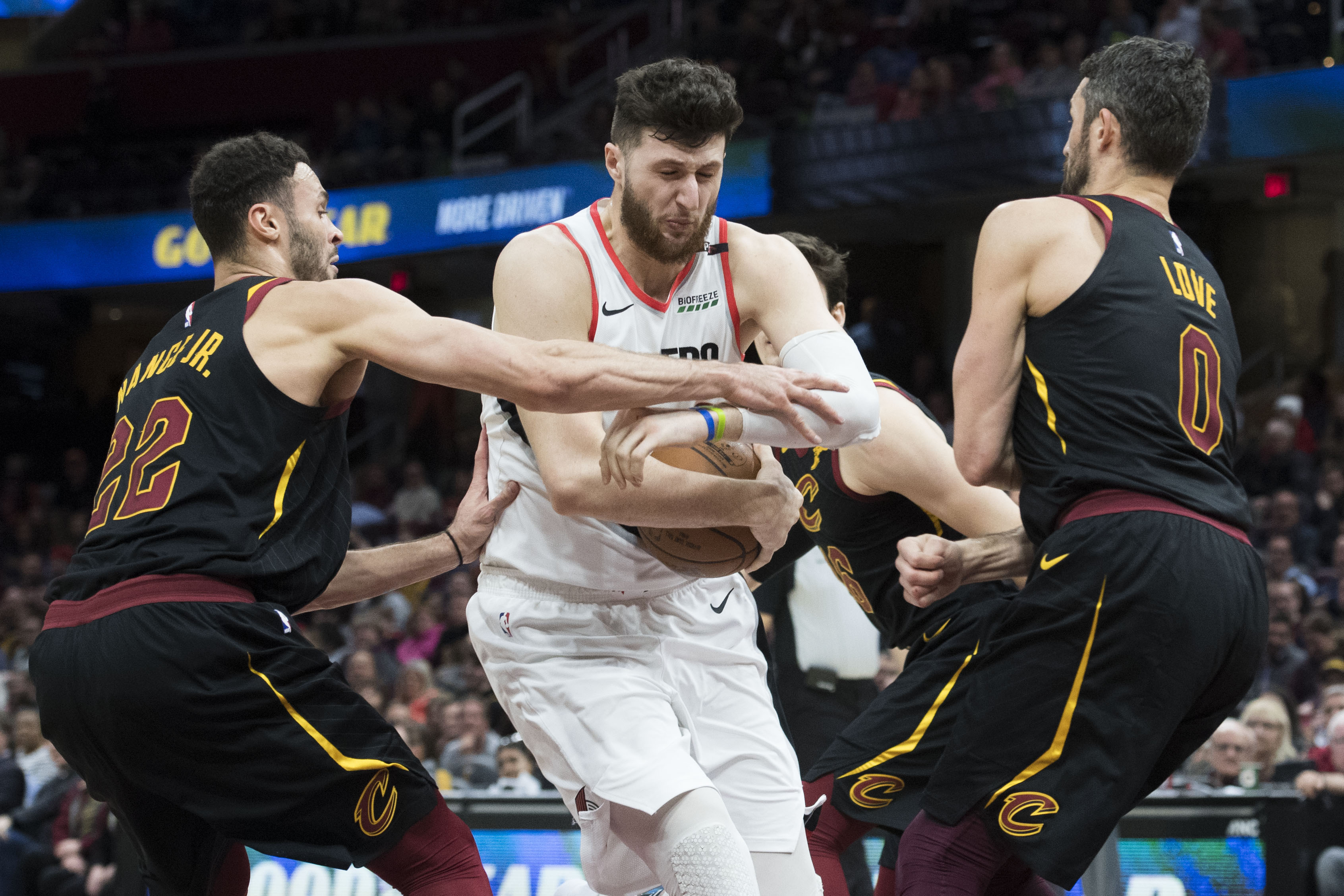 While the Cleveland Cavaliers will be holding their training camp in less than a month, a couple Cavs veterans want to get the ball rolling before then.

According to Terry Pluto of Cleveland.com, Cavs big men Kevin Love and Larry Nance Jr. are planning on holding a camp for the rest of the team.

“Kevin Love and Nance are planning a voluntary mini-camp for players in a few weeks,” he wrote.

Love, 30, is the oldest player on the Cavs’ roster. Although Love missed most of last season due to injuries, the forward is aiming to be more active this upcoming season. The veteran put up 17.0 points and 10.9 rebounds in just 22 games last year.

Nance, 26, took a big step in elevating his game during the 2018-19 campaign. Experiencing a career year last season, the 6-foot-9 forward averaged 9.4 points and 8.2 boards per contest.

Stepping into a more prominent leadership role, the four-year pro has taken the team’s rookies under his wing this summer. From bringing them to a Cleveland Browns practice, to working out with them, Nance is making sure the team’s newest additions feel comfortable and ready to go ahead of a big season.

The voluntary mini-camp will surely increase the team’s chemistry and camaraderie, as well.