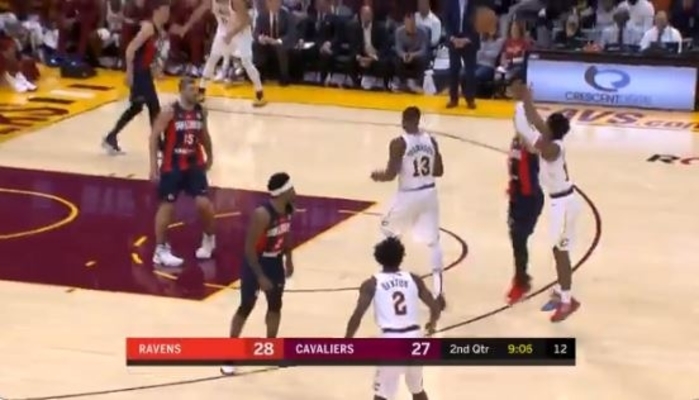 On Monday, Darius Garland scored his first field goal in the NBA, and he did it in fitting fashion.

Darius Garland is nice with it ? pic.twitter.com/CF7Md2hTOp

The 6-foot-2, 175-pound guard was drafted with the fifth overall pick in this June’s NBA draft by the Cleveland Cavaliers.

In his lone season at Vanderbilt University, he shone bright as he put up 16.2 points, 3.8 rebounds and 2.6 assists a game on 53.7 percent shooting from the field.

But it was his outside shooting that really stood out, as he made an outstanding 47.8 percent of his 3-point attempts.

However, he only played five games last season as he suffered a torn left meniscus that kept him out for the balance of the campaign. As a result, he was held out of Summer League a few months ago.

Garland’s status for the Cavs’ preseason opener had been somewhat in jeopardy, as he sat out the team’s first practice of the season last week due to an undetermined foot injury.

The franchise is hoping that Garland and Collin Sexton, who was drafted No. 8 overall in last year’s draft, will be their backcourt of the future.

However, there are some concerns about them being a long-term backcourt solution, as their short statures may lead to problems on defense.