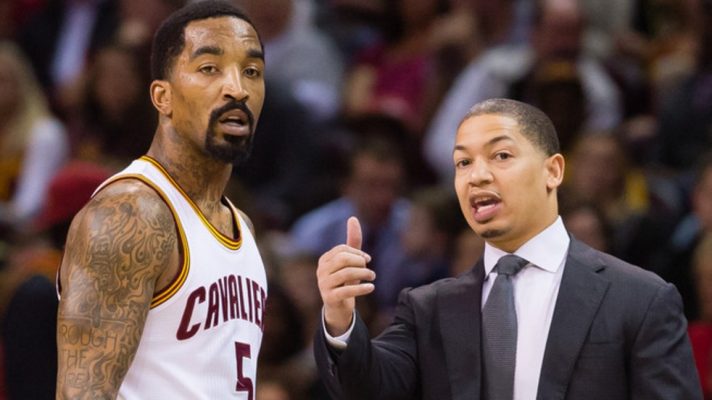 J.R. Smith‘s time with the Cleveland Cavaliers may be coming to an end, but according to a recent report, former head coach Tyronn Lue risked his job to give Smith an opportunity to play.

By now, it is old news that the major rift between Lue and Cavs general manager Koby Altman and team owner Dan Gilbert was in regards to which players were to get the lion’s share of playing time this season. While Lue wanted to stick with the veterans he knew and trusted such as Smith and Kyle Korver, Altman and Gilbert wanted to put an emphasis on younger players such as Collin Sexton and Cedi Osman getting much-needed experience.

It seems Lue willingly chose to disagree with the GM and owner of the team. According to Joe Vardon of The Athletic, Smith advised Lue not to insert him back into the rotation if it meant Lue would lose his job as a result.

“I had a conversation with him about it, too,” Smith said. “I told him I don’t want to put him in a position where he had to lose his job. This was before he got fired. He said the hell with it and did what he wanted to do and what he was comfortable with doing and I respect him for it. But at the same time I don’t think it should have cost him his job.”

Throughout the NBA there was an expectation of turnover in Cleveland following this summer’s news that LeBron James would not be re-signing with the Cavs. Still, it has been surprising to see how quickly things have changed.

It will be fascinating to see what else changes in Cleveland before the 2019-19 season comes to an end.