Report: Tyronn Lue Was Fired Due to Disagreement With Cavs Front Office 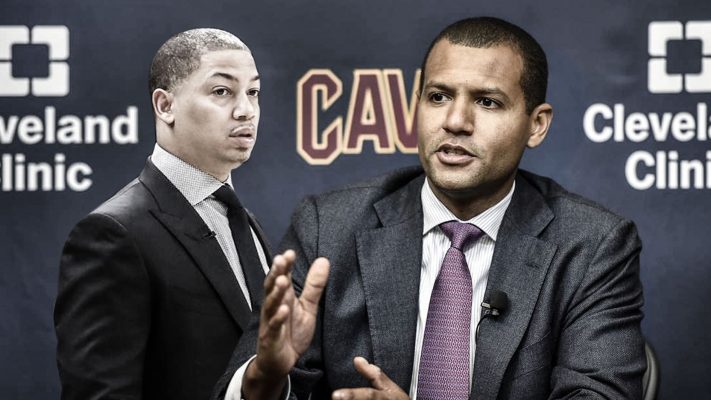 Former Cleveland Cavaliers head coach Tyronn Lue was fired on Sunday morning, and according to one report, one of the primary reasons for his sacking had to due with disagreements between Lue and the Cavs’ front office.

The story was reported by Joe Vardon of The Athletic, who said that Lue and general manager Koby Altman had been at odds since the start of training camp.

“Altman and Lue have been at loggerheads over playing time and the general direction of the team since the start of training camp,” Vardon wrote. “While both men wanted to win this season rather than tank for a draft pick, Altman wanted Lue to give more playing time to the younger players acquired over the past several months.

“There was give-and-take between the two early. For instance, the front office wanted rookie Collin Sexton to start, but Lue won over, arguing the 19-year-old was better served to start the season as a reserve and learn the ropes in the NBA. Cedi Osman, a second-year player, was handed a starting role at the outset of camp.”

Vardon added that Lue disagreed not only with Altman, but Cavs owner Dan Gilbert as well.

“After two losses to open the season, Altman and Lue informed three veterans — JR Smith, Kyle Korver and Channing Frye — that the organization was ‘going young,’ which veterans perceived as tantamount to tanking,” he wrote. “George Hill was still going to start instead of Sexton, but Sexton’s minutes were on order to be increased to 30 per game. The pressure wasn’t just coming from the front office but also from Gilbert.”

While he will likely go down as one of the most successful head coaches in team history, critics will always remember that much of that success was thanks to the brilliance of LeBron James. With James no longer on the team, it seemed the front office was not willing to let Lue hold on to the reins of the organization.

With Lue’s tenure officially over in Cleveland, it will be interesting to see what approach the Cavs take going forward this season. Considering their current 0-6 record, it would not be a surprise if an effort to tank for a high draft pick this summer became much more evident.