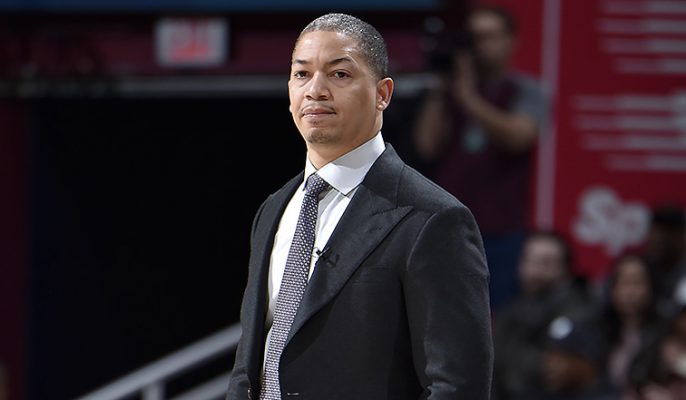 Cleveland Cavaliers general manager Koby Altman is taking full responsibility for the dismissal on Sunday morning of now-former head coach Tyronn Lue. One day later, Altman is explaining the reasoning behind the move.

#Cavs GM Koby Altman: “We just didn’t think Coach Lue was the right fit for this group. … It’s up to me to right the ship.”

Lue had led the team to the NBA Finals in each of the past three seasons, a run which included leading the franchise to their first-ever championship in 2016. However, forward LeBron James left the team in free agency in July, which has jumpstarted a rebuilding effort.

That effort was expected to be easier than after the previous time James left in 2010. In that instance, the Cavaliers collapsed over the course of the next four seasons, a slide that ended when James re-signed with the team in 2014.

However, the Cavaliers have lost their first six games of the 2018-19 season. The poor start has been plagued by poor defense, bad communication and injuries. In the team’s first two home games, the Cavs lost in embarrassing fashion to weak teams.

Altman had previously made the decision to focus on developing younger players. That’s an approach that Lue disagreed with, which ultimately led to his firing after he continued to play veteran players in an effort to win right now.

The rebuilding job ahead for Altman has become even more difficult in the short term. That’s because starting power forward Kevin Love is expected to miss at least another month due to a toe injury. The 30-year-old veteran had averaged a double-double in his first four games before missing the past two contests.

On Tuesday night, the Cavaliers take the court for the first time since the firing when they face the Atlanta Hawks on the road.