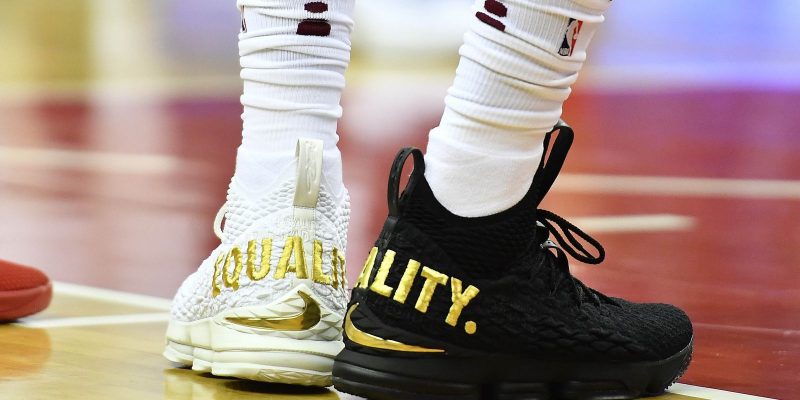 LeBron James continues to prove that he is so much more than just an NBA superstar.

On Monday, the increasingly politically minded basketball icon announced a limited release of his LeBron 15 “Equality” PE, adding that all of the proceeds will go to the Smithsonian National Museum of African-American History and Culture.

James took to Instagram to make the announcement along with pictures of the white and black sneakers.

??Great morning to all! Basketball is our vehicle but equality is our mission – stand for something positive and do what you can to make a difference!! Proud to announce we’re dropping the “Equality” PE. There’s always a personal connection with a drop – this one goes beyond basketball. Proceeds go to the Smithsonian Natl Museum of African American History & Culture. #Equality✊??? #StriveForGreatness? #IWillNotShutUpAndDribble

Nike will release 400 pairs of the shoes, 200 black pairs and 200 white pairs, via an online draw. The first entry into the raffle is free and additional entries can be made with a $10 donation to the museum. Winners will be announced on March 3.

James first wore the shoes in the Cavs’ season-opener back in October. On Dec. 17, James wore one black shoe and one white shoe in a game to better represent their meaning.

James has become increasingly outspoken about his political beliefs since the election of President Donald Trump. While he has certainly received criticism for using his massive platform to share his thoughts, he doesn’t show any signs of stopping. Now, fans will get the opportunity to spread James’ message, and help fund a museum which honors an important aspect of American culture and history.