Cavaliers vs. 76ers Game Preview: Can the Cavs Bench Step Up? 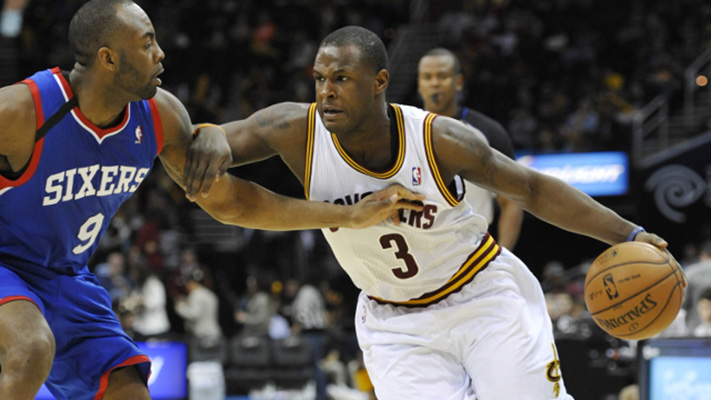 (Philadelphia, PA) – With all the struggles the Cleveland Cavaliers (19-15) have endured lately, things managed to get even worse in Sunday’s 109-90 loss to the Dallas Mavericks at Quicken Loans Arena.

Kyrie Irving, who exited Sunday’s game in the third quarter with back tightness, will not make the trip with the Cavs to Pennsylvania to take on the Philadelphia 76ers.

“It disturbed him today,” said Cavaliers head coach David Blatt on Irving’s injury. “He was struggling, as you saw. He gave what he had but, that’s why we pulled him out early and just rested him for the rest of the game. Obviously that made it difficult for us, but most importantly we just didn’t want to risk him, so we pulled him out.”

The injury to Irving comes at a horrible time for the Cavs, who have already lost LeBron James for two weeks due to knee and back strains, Anderson Varejao for the season due to a torn left Achilles in December, and Kevin Love who has been battling back spasms.

With the heap of injuries causing coach Blatt to thrust his bench players into starting roles, the Cavs will take on the Philadelphia 76ers at the Wells Fargo Center on Monday night with tip-off scheduled shortly after 7 pm ET. Holding a record of 4-28, the 76ers currently possess the worst record in the entire NBA.

“We try to judge development,” said 76ers head coach Brett Brown on his team’s season. “We’ve got a bunch of 20-year olds and the youngest team in the history of the sport that has the least experience along with that. So you’re trying to find incremental wins.”

The struggling Cavs, who have lost five of their last seven games, simply can’t afford to overlook any opponent at this point in their season.

Over his last two games, 76ers shooting guard Tony Wroten has scored a combined 55 points in losses to the Phoenix Suns and Los Angeles Clippers. He is currently the 76ers’ leading scorer at 17.3 points per game.

A rising star for the 76ers, point guard Michael Carter-Williams provides a very attractive stat line by averaging 15.2 points and 7.3 assists per game. Trailing only point guard Rajon Rondo of the Dallas Mavericks, Carter-Williams is second in the NBA for point guards in terms of rebounds as he averages 6.4 per game.

1. Kevin Love needs to put the Cavs on his back

Despite the loss to the Mavericks, Kevin Love had his second straight superb game as he scored 30 points and had 10 rebounds. With his star teammates LeBron James and Kyrie Irving inactive for the game against the 76ers, Love will need to have another dominant game for the Cavs to be victorious. Love will be slated against power forward Nerlens Noel, who was the 2013 #6 overall draft pick. The 20-year old Noel currently averages 7.7 points per game and 7.2 rebounds per game.

2. Who will step up at point guard for Kyrie Irving?

Starting at shooting guard as of late, Matthew Dellavedova will now likely be thrown into the point guard slot in Blatt’s starting lineup. Dellavedova managed to obtain a season-high seven assists after taking over point guard duties for Irving once he left the third quarter. A.J. Price will also be called upon to play more minutes than normal in Monday night’s game against Philadelphia.

3. Do not become an infamous statistic

The 76ers remain the only team in the NBA that has not won a single game on their home court at the Wells Fargo Center, as they are currently 0-14 at home. That statistic alone should be enough motivation for any opposing team to win against Philadelphia. The young 76ers will be very hungry to finally achieve their first home victory against an injury-depleted Cavs team.