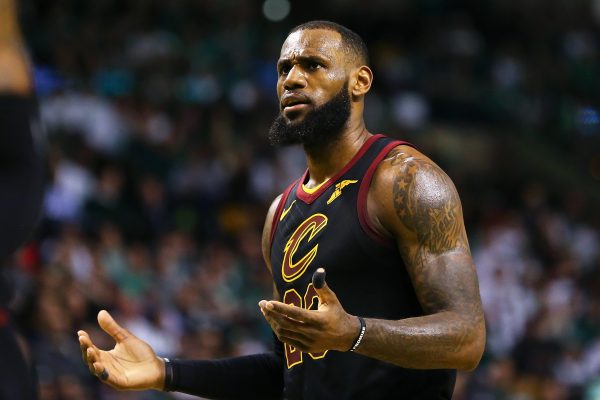 One day after Fox News host Laura Ingraham made news for slamming LeBron James for his remarks regarding Donald Trump, the Cleveland Cavaliers star hit back.

On Friday night, James took to Twitter to let Ingraham know that he does not plan to stay silent, despite her advising him to “shut up and dribble.”

How’s this for fitting, considering the Kevin Durant-LeBron James discussion that sparked all this was an @uninterrupted production? This is what you see when you walk into their office in LA. https://t.co/5K8VJa4V32 pic.twitter.com/o3CyLKBBUZ

Ingraham, seemingly determined to not back down, later invited James to join her on the very show that she criticized him on just a day before.

Hey King, Come play on my Court next week. You’re invited on the show anytime. https://t.co/CpXRl5jGzQ

Ever since Trump was elected president, James has been an outspoken critic. It does not appear that Ingraham, or anyone else, will convince James to stay silent when it comes to his political opinions.

James has yet to respond to Ingraham’s invite, but given his brief response, it doesn’t seem likely that we’ll be seeing him on Fox News anytime soon.