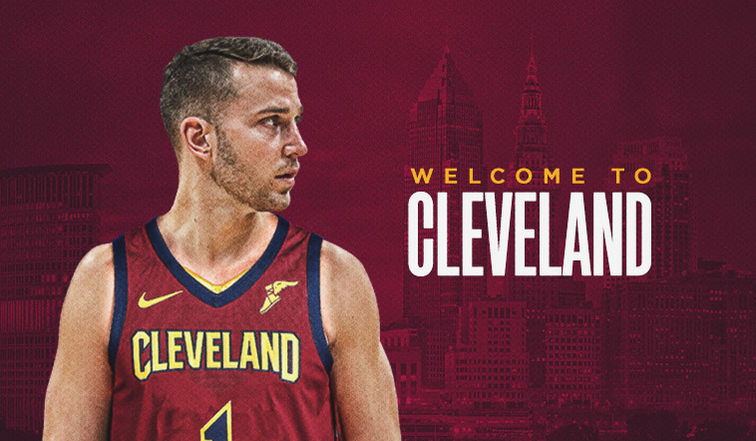 The Cleveland Cavaliers welcomed Nik Stauskas back to the roster on Monday. It was the second time Stauskas became a member of the Cavs’ roster, as Cleveland traded for him last week and traded him away just over 24 hours later.

Now, with Stauskas seemingly on the Cavs’ roster for the foreseeable future, he’s clearly happy to have a new home.

“As soon as Indiana waived me, Koby [Altman] called me and said, ‘We are going to work to get you back here in Cleveland.’ I’m very excited,” Stauskas said Monday morning. “When I got traded here initially I knew it was going to be a good opportunity. I was bummed when I was traded to Houston because I wanted to be here and thought it would be a good opportunity so when Koby called me and told me he was going to work to bring me back I was super excited and glad he made that decision.”

The signing marks the end to a whirlwind of action for Stauskas that saw him get traded to three teams ahead of the NBA trade deadline on Feb. 7.

For Stauskas, a talented shooter who has yet to find consistent success in the NBA, playing for a rebuilding team like the Cavs marks a fantastic opportunity.

“This team is not in a playoff position right now so they’re in the stage of developing guys and obviously it’s not like you look at the roster and have a bunch of All-Star talent,” Stauskas said when discussing his new situation. “I’m coming from Portland where I was playing behind guys like Damian Lillard and CJ McCollum — established guys. You look at the roster here and you don’t necessarily have that. I look at the opportunity coming in and help this team win some games and maybe help show what I can do as well.”

Stauskas was drafted with the eighth overall pick in 2014 draft after a standout year at the University of Michigan.

So far, the highest point average he has enjoyed in a season is just 9.5 points per game in his third season in the league.

Still, at just 25 years of age, he still has ample time to turn his career around.

Playing for the Cavs in a season in which they are looking to stockpile young players and future assets could be his opportunity to do just that.