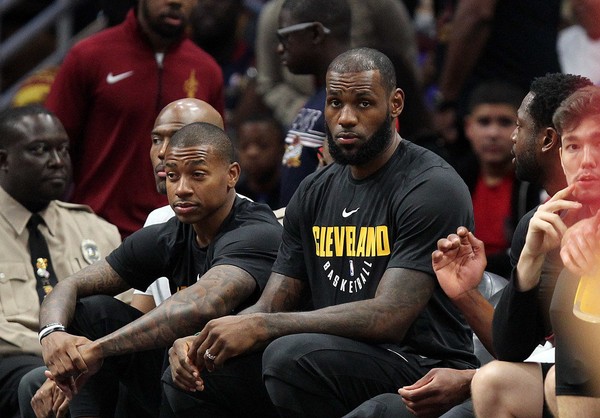 Cleveland Cavaliers point guard Isaiah Thomas is finally making his 2017-18 season debut on Tuesday and the entire NBA is excited to celebrate the return of one its most exciting players. Few are more excited, however, than LeBron James and Dwyane Wade.

On Monday, the two NBA icons took to social media to express their enthusiasm about their teammate’s imminent return.

First Wade posted to Twitter, welcoming the fellow guard back.

"IT" is go ⌚️!! Happy as hell for you @isaiahthomas!!! Been one tough journey to get back to this point but you've put in the work! Patience, passion and perseverance will always prevail. Mighty IT will shine once again! #thelittleguy #thesmallgiant #killer

James and Thomas have excitedly posted about playing with one another throughout this season and it’s great to see that the King continues to support his new teammate now that his return is just one day away.

Surely Thomas’ teammates are amongst the most excited to hear of his return, but it is a cause for celebration across the entire league. Last season, the 2017 All-Star averaged 28.9 points and 5.9 rebounds per game and was one of the most electric offensive weapons in the NBA.

The Cavaliers have fared quite well as Thomas has recovered from a hip injury he sustained last season. Despite a current three-game losing streak, they are first in the Central Division with a record of 24-12 on the season. Cavaliers head coach Tyronn Lue will surely ease Thomas back into the rotation in the coming weeks, but once he is ready to return to the starting lineup, Cleveland will look to build upon its very promising 2017-18 campaign.