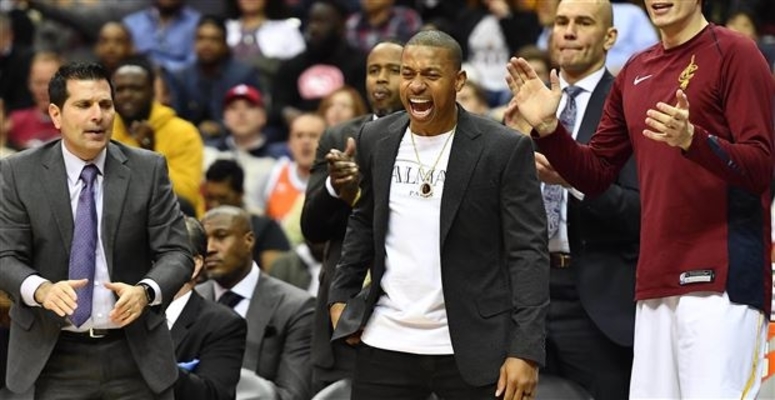 Things for Cleveland Cavaliers point guard Isaiah Thomas just seem to be getting better and better.

Last week, the University of Washington, where Thomas played three years in college, announced it would retire his No. 2 jersey. Now, the 28-year-old, who has yet to play a game this NBA season, is set to participate in five-on-five practices and a probable G League stint in the near future, per Dave McMenamin of ESPN.com:

“Injured Cleveland Cavaliers guard Isaiah Thomas is getting closer to his return, with five-on-five practices and a likely G League stint in his immediate future.”

With the increase in activity, Thomas may be able to get into an actual NBA game soon. However, playing with a G League team at a lesser intensity is a better transition for the 5-foot-9 guard. Fortunately, the Cavs appear to have a general plan in place:

“But even before that, in the coming days, the Cavs are planning to give Thomas his first chance to get in a full court five-on-five practice since joining the team following a trade with the Boston Celtics in August. The Cavs are hoping to find a way for Thomas to scrimmage with their G League affiliate, the Canton Charge, multiple team sources told ESPN. It is unclear if Thomas will travel to Canton or a collection of Charge players will come to the Cavs’ practice facility in Independence, Ohio, for the run.”

This is great news for Thomas and Cavs fans as the city has been waiting to see the two-time All-Star play since he arrived in August. Before the season started, the Cavs traded Kyrie Irving to the Boston Celtics for Thomas, Jae Crowder, Ante Zizic, a 2018 first-round pick and a 2020 second-round pick.

Although some people are worried that the veteran, who aggravated an existing hip injury in last season’s playoffs, will not have the same production as last year, the Cavs will likely be better off with the scoring guard on the floor. Thomas averaged 28.9 points and 5.9 assists last season, finishing as the league’s third leading scorer and fifth in MVP voting.

The Cavs could get back Thomas at the beginning of 2018, as reports have indicated, but the six-year pro seems to be coming on slowly and soundly.