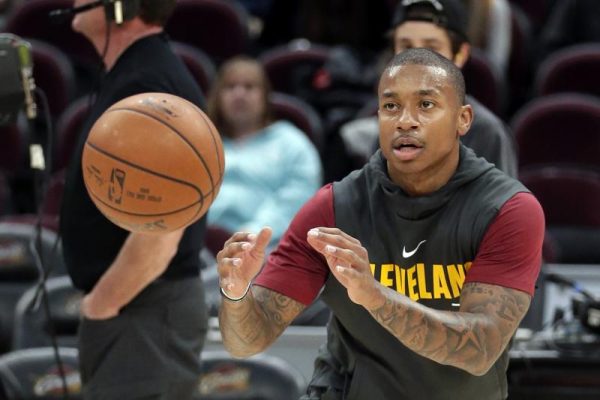 The Cleveland Cavaliers welcomed back Tristan Thompson, who had been dealing with an injured calf, earlier this week, and now it seems another key component of their roster is on the verge of returning as well.

According to Shams Charania of The Vertical, point guard Isaiah Thomas is targeting the first week of January to make his Cavaliers debut.

Thomas has been sidelined with a right hip injury that ended his season prematurely in the Eastern Conference finals last spring and has been rehabbing ever since. The 5-foot-9 guard was expected to return at some point during the Cavs’ upcoming West Coast road trip, and with this new return date, the soonest he’d be able to suit up is on Jan. 2 against the Portland Trail Blazers.