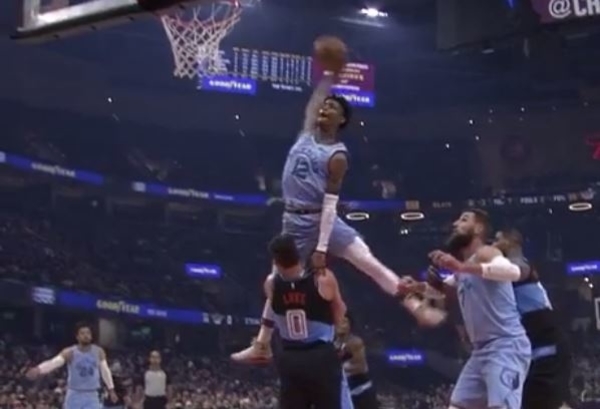 Memphis Grizzlies rookie Ja Morant has already made a name for himself as one of the NBA’s most electrifying dunkers.

During Friday’s game against the Cleveland Cavaliers, he nearly completed what would have been a truly memorable jam.

The attempt took place with just ender seven minutes left in the first quarter of the game.

While Cavs big man Kevin Love certainly showed guts by trying to clog up the lane, it nearly proved to be not enough to stop the the high-flying rookie.

With the 2010s coming to an end next month, Morant was clearly trying to end the decade with a bang.

Sadly for Grizzlies fans, they’ll always have to wonder what could have been if Morant had just been able to get that extra split second or two of airtime.