Don't Miss
Home / Rumors / Report: Kawhi Leonard Has Reached Out to LeBron to Express Interest in Playing Together

Report: Kawhi Leonard Has Reached Out to LeBron to Express Interest in Playing Together 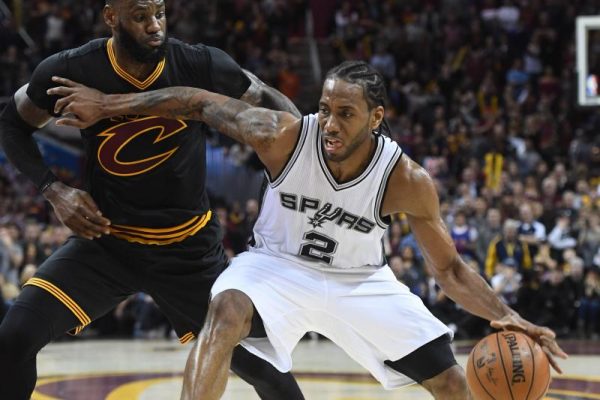 It is not yet clear where LeBron James plans to continue his NBA career next season. It is, however, beginning to seem that wherever he does decide to play, he will be doing so alongside fellow All-Star Kawhi Leonard.

According to a recent report by Yahoo! Sports’ Jordan Schultz, Leonard has reached out to James to say that he would like to play with him.

“San Antonio Spurs star Kawhi Leonard has reached out to LeBron James, informing the 33-year-old superstar that he wants to play alongside him, a source told Yahoo Sports.

“Leonard pitched James on his incredible defensive ability and how it would alleviate the pressure on James, the source said.”

The two players have been seemingly connected for months as James nears his free agency and it becomes increasingly clear that Leonard is unhappy with his current team, the San Antonio Spurs.

Now that James’ free agency is nearly upon us, it looks as though at least one team is scrambling to trade for Leonard. The Los Angeles Lakers are reportedly attempting to get a deal done for the two-time Defensive Player of the Year to make themselves as attractive a destination for James as possible.

It had also been reported that the Cleveland Cavaliers were looking for ways to bring Leonard to Cleveland, but most of the activity regarding a possible deal seemed to take place before the 2018 NBA Draft earlier this month.

With the Lakers possibly nearing a deal for Leonard, it could become even more likely that James ends up in L.A.

Until then, it is still all up to speculation.