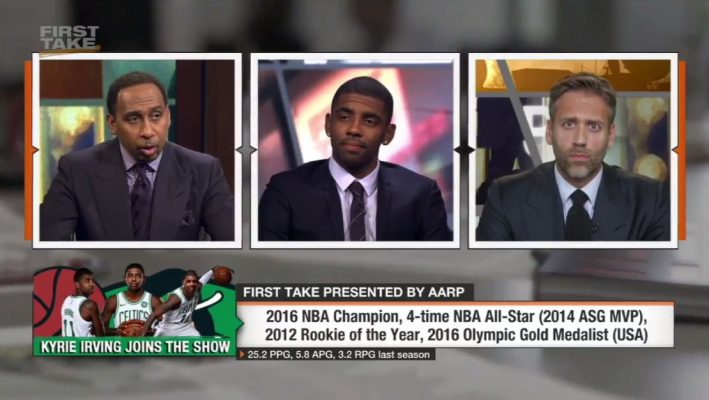 While some believe that LeBron James and Kyrie Irving will eventually be able reconcile their differences, Irving’s recent interview with ESPN’s “First Take” seems to prove that Irving is not concerned by what his former teammate thinks.

Irving joined Stephen A. Smith, Molly Qerim, and Max Kellerman on Monday morning to discuss Irving’s recent trade from the Cleveland Cavaliers to the Celtics, and the All-Star made it clear that he felt he didn’t owe it to James to let him know about his desire to be traded.

.@KyrieIrving on why he didn't inform LeBron James that he wanted out of Cleveland. pic.twitter.com/WF9GlCA54o

“Why would I have to,” Irving answered.

Moments later, Irving admitted that not telling James might have led to him taking it personally.

“Do you care about that at all,” Smith asked.

The Cavs and Celtics were already rivals, as two of the best teams in the Eastern Conference. If Irving continues to open up about his true feelings towards James, that rivalry is sure to only grow more heated once the 2017-18 season begins.