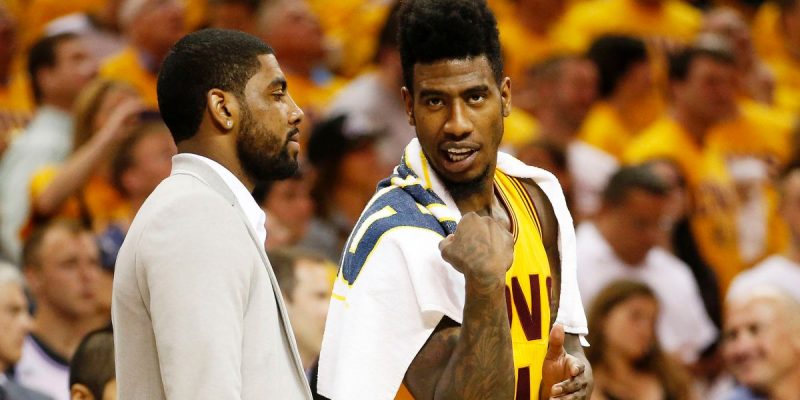 When Kyrie Irving requested a trade from the Cleveland Cavaliers, it came as a shock to fans and players alike. According to Cavs guard Iman Shumpert, however, the fact that Irving is no longer a member of the Cavaliers is not much of a surprise.

When asked about the way in which Irving’s trade request became a media circus, Shumpert admitted he and his teammates wished it could have gone differently.

“I don’t know how it was leaked, on whose side or whatever,” Shumpert said. “We wished it could’ve been ‘this trade happened. Boom, that’s it.'”

He continued to say that despite rumors and reports, Irving’s primary reason for wanting to leave the Cavs was not because of a deteriorating relationship with LeBron James.

He also tried to explain Irving’s point of view.

“I don’t think it’s (forget) LeBron,” Shumpert said. “I think it’s more of, ‘I learned, we won together, it’s time for something different.'”

Shumpert, who is friends with Irving off the court, said that the two still talk and hopes that in time his other teammates will reach out to Irving as well. Shumpert believes that “it could be awkward for a little bit” between Irving, James, and Love, but “it ain’t gonna last.”

Finally, Shumpert admitted that losing a talent like Irving has definitely made the road ahead more difficult for the Cavs. While he believes the Cavs could win another championship this coming season, he admitted “it’s going to be harder.”

As former teammates on a championship winning team, players like Shumpert, Irving, Love, and James have a special bond that can never fully be broken. While it may be a while before everyone on the Cavs fully forgives Irving, it seems Shumpert believes it’s only a matter of time.