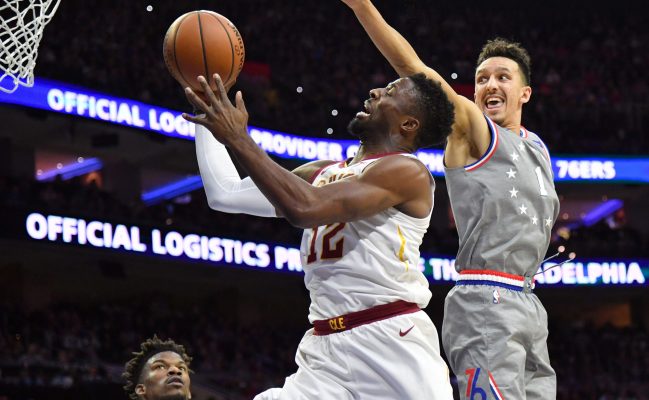 The Cleveland Cavaliers are continuing to have major struggles this season, having won just seven of their first 30 contests. That’s led head coach Larry Drew to make some very notable changes in the team’s lineup for Tuesday night’s game against the Indiana Pacers.

Larry Drew said he might start David Nwaba tonight and return Alec Burks to the bench, if Nwaba’s knee is up to it. Sounds like Zizic might start at center again

Nwaba has been dealing with a knee injury that kept him out for nine games. He returned last Wednesday, but his play during a brief period of success for the Cavs a few weeks ago is part of Drew’s thinking about a potential start. The coach spoke about it during the team’s morning shootaround:

“When he was in the starting lineup we did establish some type of rhythm with our starters and then the guys coming off the bench, they were in a rhythm as well. Just really too bad or unfortunate that he went down with an injury and then we had to shuffle things up because what i saw with him in the starting lineup I really liked and what I saw in the combination with Jordan [Clarkson] and Alec [Burks] I really liked.”

Drew also explained that Nwaba’s aggressiveness is an asset the team needs:

“He plays with a physicality, he will rebound the ball. He will take the challenge of guarding people and he brings a toughness. What he’s done thus far since his return is something we’ve been missing in his absence.”

Zizic started his first game of the season on Sunday, playing 17 minutes while contributing seven points and two rebounds.