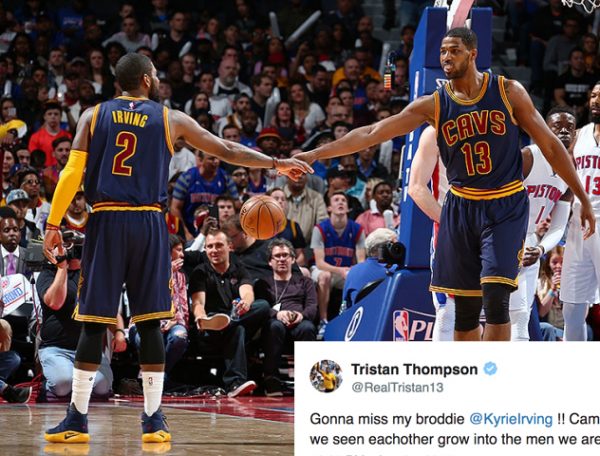 Several of Irving’s former teammates were sorry to see him to go, and it was even reported that several in LeBron James’ camp had wished Irving and James had worked out their differences and ultimately nixed the blockbuster trade.

One former teammate, and the fourth overall pick in the 2011 NBA Draft, Tristan Thompson, let his feelings be known on Thursday night as he sent out a farewell tweet to his fellow draft mate.

Gonna miss my broddie @KyrieIrving !! Came into this together and we seen eachother grow into the men we are today. #DraftBrothers

Thompson was perhaps one of Irving’s closest friends on the team as they were a part of the same draft class, even though the center is a year older than Irving at age 26.

The Cavs will have to move on quickly with their new teammates as James and company will be hosting a minicamp in Santa Barbara later this month.