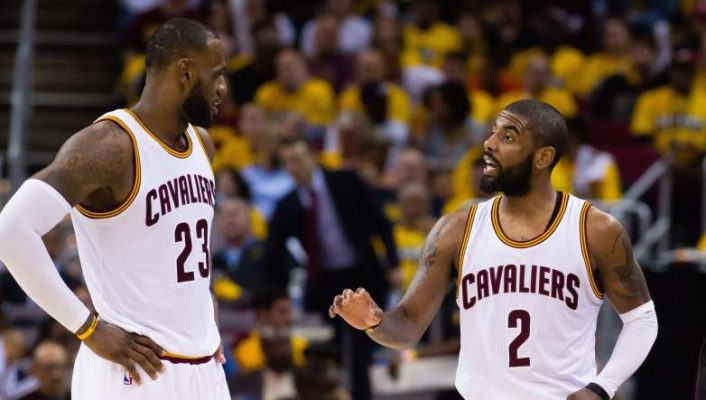 One week into the Kyrie Irving soap opera that’s enveloped the Cleveland Cavaliers has them presumably trying to find a new home for the six-year point guard following his trade request. While this goes on behind the scenes, some new reports indicate that his main issue with LeBron James involved his perceived image of being someone who was subservient to James.

In an article for The Undefeated, ESPN’s Stephen A. Smith, looked at the dynamic between the two players and notes that Irving believes he has reached a point in his career to no longer be in James’ shadow.

“Kyrie isn’t saying he’s better than LeBron and should be seen that way,” a close confidant of Irving’s told Smith. “He’s saying he’s not about to let LeBron ‘SON’ him … treating him like he’s the child and LeBron’s the father or big brother he’s supposed to look up to.

“Kyrie knows he’s a franchise-caliber talent. He wants to be treated like it. And he’s tired of hearing about what LeBron needs, and he’s damn sure tired of hearing LeBron sound like he always needs more. As if the crew they have isn’t enough.”

Smith also commented that Irving had tired of what he saw as James receiving preferential treatment from the Cavaliers organization, as well as what Smith wrote was, “James’ indecisiveness about his future, and James’ ability to manipulate story lines in his favor.”

Given this fracture in the relationship between Irving and James, it seems inconceivable that Cavs owner Dan Gilbert‘s comment on Wednesday about expecting Irving to be in training camp two months from now will come to pass. However, right now, the two remain teammates, with the bitterness likely to continue spilling out both before and after any deal is made.