Cavs Rumors: Collin Sexton Not Guaranteed to Be in Cavs Starting Lineup 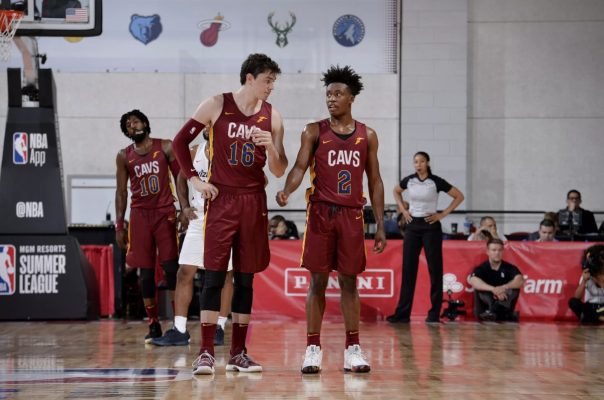 The reshaping of the Cleveland Cavaliers roster over this offseason has included carving out a prominent role for the team’s top draft pick, Collin Sexton. The University of Alabama point guard has been penciled in by many as one of the members of the starting lineup, but that remains to be determined ahead of the team’s training camp that gets underway on Sept. 25.

Joe Vardon of Cleveland.com looked at the expectations surrounding Sexton, the eighth overall pick in the NBA draft, and offered the following assessment regarding his potential to win the league’s Rookie of the Year award:

“We are not yet sure if Sexton will even start when the season begins, though general manager Koby Altman said he viewed Sexton as an instant starter when he drafted him.”

Even if Sexton does start, he’ll need to improve his shooting touch. During his one season as a member of the Crimson Tide, the 19-year-old Sexton struggled with his jump shot, especially from beyond the arc. Vardon speculates that defenders will likely challenge him to make such attempts during his rookie campaign.

Despite those shooting woes, Sexton did average 19.2 points, 3.8 rebounds and 3.6 assists last year. Last November, he established a new single-game scoring mark for freshmen at the school by scoring 40 points in a wild game against the University of Minnesota. In that contest, the Crimson Tide was reduced to finishing out the game with just Sexton and two other players because of ejections. Despite that severe handicap, the Tide came closing to pulling out a victory.

Should Sexton go on to capture Rookie of the Year honors, he would be the third Cavaliers player to win the award, following in the footsteps of LeBron James in 2004 and Kyrie Irving in 2012. In both cases, those players were seen as saviors for teams undergoing severe rebuilding efforts. That’s not the case with Sexton, who will have the luxury of having veterans around to share the expected workload.

One definite positive when it comes to the addition of Sexton is that he improves one of the Cavaliers’ weakest areas: the point guard spot. Last season, the trading away of Irving led to a season-long struggle to find his replacement, a role that Sexton figures to ably fill at some point during his career with the team.