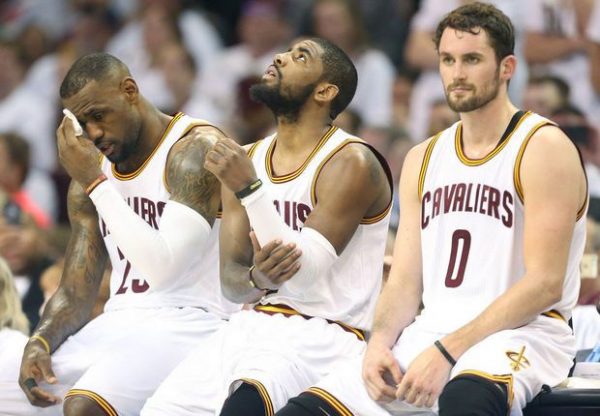 When the Cleveland Cavaliers take the court for their final regular season game of the season, they’ll be missing the trio of LeBron James, Kyrie Irving and Kevin Love. The strategic move is being made to provide those key members of the team with some rest in what amounts to a meaningless contest. However, center Tristan Thompson will be making his return from injury.

LeBron, Irving and Love out tonight. Thompson back for #Cavs

Both James and Irving were already scheduled to miss the contest, while Love only returned a few weeks ago from knee surgery that had kept him out for over a month. In the case of Thompson, playing will allow him to see his first action in eight days after injuring his thumb last week. That forced him to end his league-leading 447-game consecutive game streak.

Depending on how other games play out, the Cavaliers are expected to begin postseason play against either the Indiana Pacers, Chicago Bulls or Miami Heat this weekend.