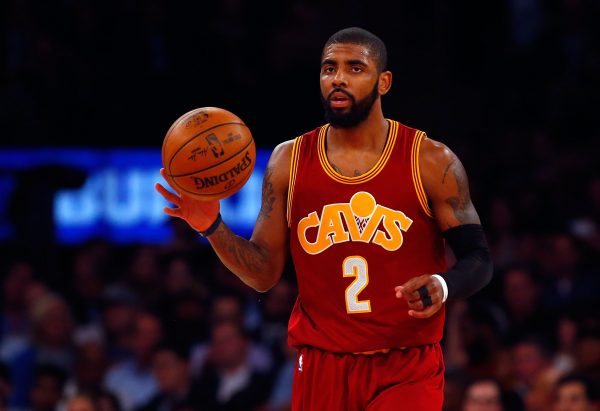 Kyrie Irving had already made his preferred destinations known when the news of his trade request from the Cleveland Cavaliers shocked the NBA last week. According to ESPN‘s Pablo Torre, who joined “First Take” on Wednesday, Irving has since refined his preferences to focus on joining the New York Knicks.

Torre broke down the situation, saying he got the information from a trustworthy source.

“He was saying to me that Kyrie Irving very badly wants to be a New York Knick,” he said. “Kyrie Irving wants to come home.”

Torre went on to voice his own opinions on Irving’s alleged preference.

“We know what [the Knicks] are. They can’t have nice things. I get why Kyrie Irving wants to play at Madison Square Garden, I get that he loves playing there, dropping all sorts of tremendous performances at MSG,” Torre said. “Kyrie has done that and we respect him more for that in New York, but this is not the right move for that dude.”

See what else Torre had to say about the Knicks and Irving’s current situation below:

As rumors continue to swirl about where Irving wants to play, it is important to remember that he has very little say in his destination. The All-Star does not have a no-trade clause in his current contract, so the Cavs are sure to send him to whichever team offers the best trade value in return. While it could be the Knicks, Irving’s desire to play there will surely play a very small role.