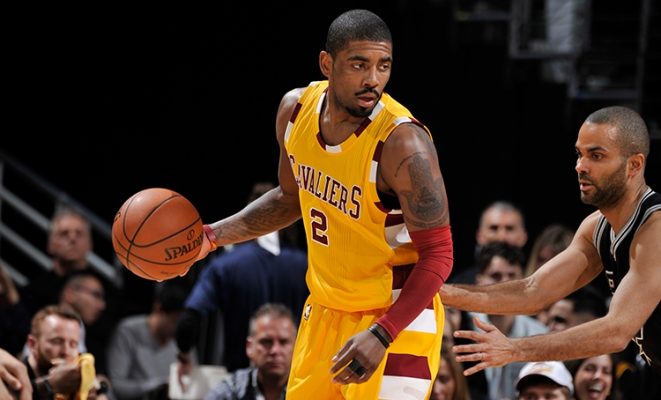 With the departure of general manager David Griffin to start the offseason, to LeBron James being “frustrated and concerned” with the Cavs’ offseason thus far, another bomb was dropped on Friday afternoon. That’s when ESPN’s Brian Windhorst reported that superstar point guard Kyrie Irving wants out of Cleveland.

Now, more news has been released on the Irving front, as ESPN’s Adrian Wojnarowski has revealed that one of Irving’s preferred destinations would be the San Antonio Spurs.

Sources: In the Kyrie Irving meeting with Cavs, one of primary teams raised as a preferred trade destination for him: The San Antonio Spurs.

The Cavs could’ve potentially received both Eric Bledsoe and Paul George in a three-team trade before the 2017 NBA Draft, but with the uncertainty surrounding James’ future with the team, the trade was quickly nixed.