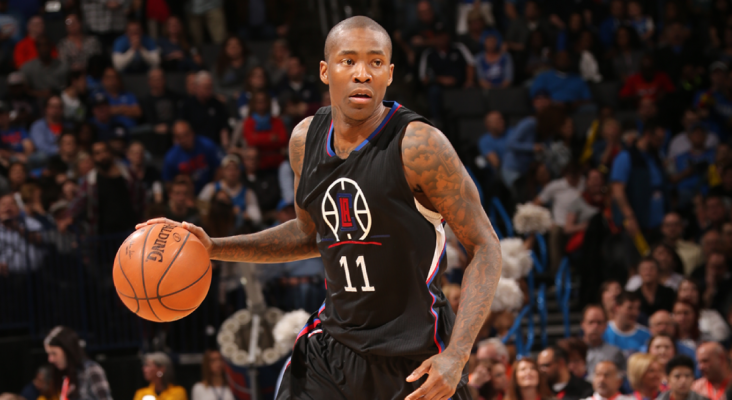 Once 17-year pro Jamal Crawford had expressed his desire to be granted a contract buyout after he was traded to the Atlanta Hawks, teams lined up to voice their desires to sign him.

According to ESPN’s Marc J. Spears, the Los Angeles Lakers have reportedly bowed out of the race leaving only three teams still in the running. The three remaining teams include the Minnesota Timberwolves, Washington Wizards, and Cleveland Cavaliers.

With Lakers interest dying on both sides, source says Crawford is expected to have interest from T-Wolves, Cavs & Wizards after bought out. https://t.co/Jl1EKdoo1O

The three-time Sixth Man of the Year award winner is due $14.2 million in the upcoming season and has $3 million guaranteed in the following year, but if he is granted a contract buyout, Crawford will essentially be free to choose where he wants to play.

While the Timberwolves could offer Crawford the most money, thanks to the likes of LeBron James and Kyrie Irving, the Cavaliers are one of the few teams that can offer Crawford immediate NBA championship contention. It would not be surprising if the 37-year-old vet opted to sign for the veteran’s minimum to join the Cavs in an attempt to earn a ring before his career comes to an end.

The Cavaliers have targeted Crawford in the two previous offseason campaigns, and it’s beginning to look the Cavs may finally get their wish.