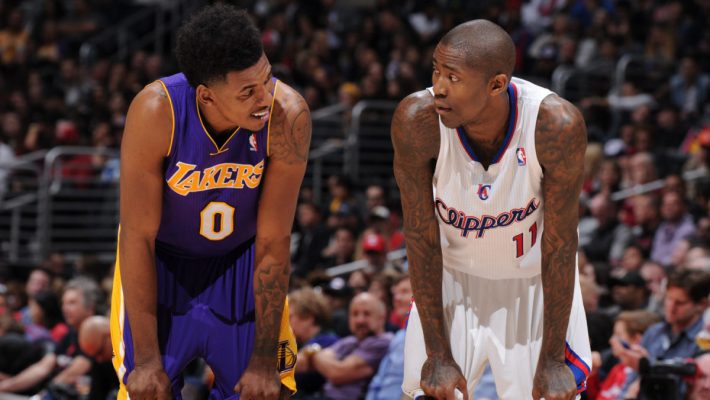 While the NBA offseason continues, many of the premier talents that were once available have since been signed, or have been traded to new teams. Still, there is a wealth of talent currently available.

One of those talented players who could become available soon, and who the Cleveland Cavaliers have reportedly already expressed interest in, is current Los Angeles Clippers guard Jamal Crawford.

According to ESPN’s Adrian Wojnarowski, Crawford is an asset included in an impending three-team trade that would send Denver Nuggets small forward Danilo Gallinari to Los Angeles, and Crawford to the Atlanta Hawks.

Fellow ESPN reporters Chris Haynes and Marc J. Spears added to the report, saying that if Crawford should be sent to the Hawks, he would seek a buyout from his current contract that has two years and $29 million remaining. However, a lot has to be done before a buyout is assured.

“As of now,” Haynes and Spears wrote. “Atlanta would not be willing to facilitate a buyout unless Crawford gives back a significant portion of his salary, sources say.”

If Crawford secures the buyout he seeks, league sources have said that a number of teams have already voiced their interests. Those teams include the Cavs, San Antonio Spurs, New Orleans Pelicans, and Milwaukee Bucks. Crawford himself has expressed a desire to join the Golden State Warriors, but would only be able to sign if the team still has the taxpayer midlevel exception of $5.2 million. It is clear Crawford, a 17-year veteran and three-time Sixth Man of the Year, wants to join a championship contender at this point in his career. If he is not able to join the Warriors, the Cavaliers seem like the next obvious destination.

With a career average of 35 percent from behind the three-point line, invaluable veteran experience, and a desire to win a ring before he retires, Crawford could be the perfect offseason acquisition.