Report: Several Teams Have Expressed Interest in Iman Shumpert Under One Condition 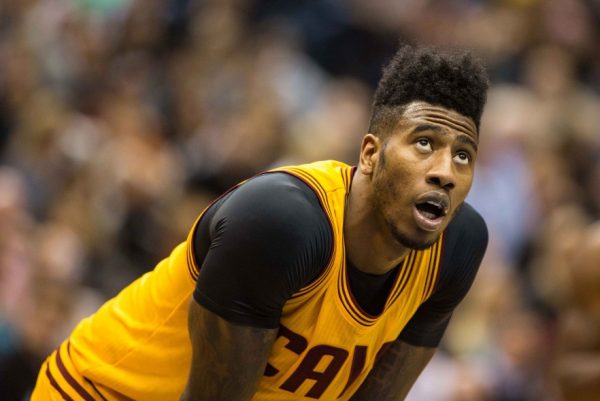 During all of the loud discussions about where Cleveland Cavaliers point guard Kyrie Irving will end up, some quiet murmuring about the status of another member of the team’s backcourt has also taken place.

Iman Shumpert‘s name has been brought up by a number of teams, though there’s one thing they’re insisting upon if they trade for the guard: the Cavaliers have to include a future draft pick.

Sam Amico of AmicoHoops.net explained the basis for the Cavs seeking a trade as well as why teams have been reluctant to deal:

“While the Cavs like Shumpert the person and the defender, they are hoping for an offensive upgrade off the bench,” Amico wrote. “Some around the organization feel that Shumpert’s defense has also slipped a bit — something that has kept other teams from pulling the trigger in a deal.”

Amico also gave an indication of how likely it is that the Cavaliers end up sending a draft pick elsewhere:

“The Cavs do not have an interest in attaching a draft pick in a Shumpert trade at this time, sources said.”

The Irving trade situation has been the focus of most of the Cavaliers’ attention, though Amico believes that the status of Shumpert will take center stage once Irving is dealt elsewhere:

“It appears the Cavs will go back to working on deals centered on Shumpert — though a deal may not happen until later in training camp or even well into the season, if at all,” Amico wrote. “He was nearly traded to the Houston in July, with Chicago and Dallas among the others expressing an interest.”

Last week, Shumpert denied a report saying that he had asked the Cavaliers to trade him.