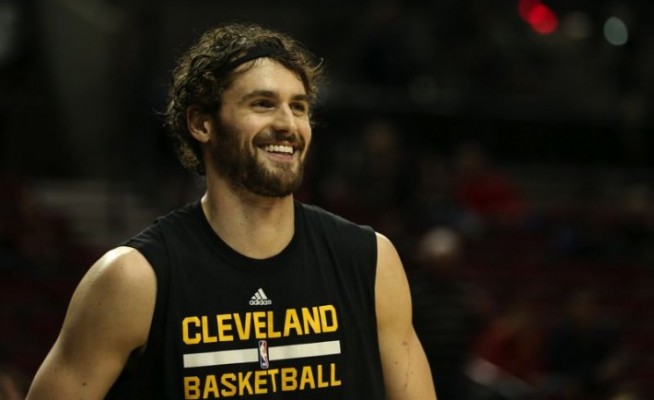 Cleveland Cavaliers forward Kevin Love is expected to be play on Monday night for the team’s 7 p.m. ET home matchup against the Sacramento Kings.

Love was listed as probable, according to Chris Fedor of the Cleveland Plain Dealer, after having taken part in the team’s morning shootaround. However, there’s no indication as to whether he’ll start the game. In Saturday’s win over the New Orleans Pelicans, Love sat out, with Tristan Thompson moving to Love’s spot and Timofey Mozgov starting at center. Veteran forward Anderson Varejao also played a season-high 27 minutes.

Love suffered a left thigh contusion with two minutes left in the third quarter of Friday night’s loss to the Boston Celtics. He limped to the locker room and didn’t return to the contest. Missing Saturday’s contest marked the first time that Love failed to get into a game for Cleveland this season.

One player who will remain out of the lineup is reserve guard Matthew Dellavedova, who will miss his fourth consecutive game due to a strained left hamstring.

After Monday night’s game, the Cavaliers’ final contest before the eight-day All-Star break will be on Wednesday night at home against the Los Angeles Lakers.