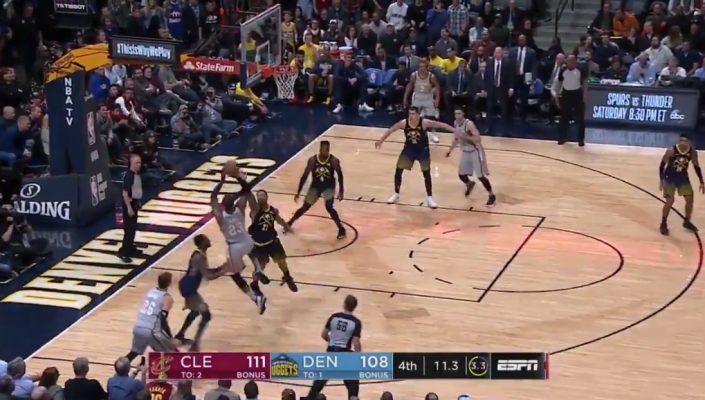 LeBron James put on a show in the Cleveland Cavaliers‘ victory over the Denver Nuggets on Wednesday night, and in the final minutes of the game he put the icing on the cake.

With the game in the balance, James scored four straight shots and nine straight points to give the Cavs the much-needed win, 113-108.

LeBron took over in the last two minutes ? pic.twitter.com/2yDa0pgXlA

James finished the night with a monster stat line of 39 points, 10 assists, and eight rebounds, proving once again why he is the face of the NBA.

Wednesday’s victory marked the first game of a six-game road trip. The Cavs will hope to see similar play from James in those upcoming games as they continue to battle for playoff position.