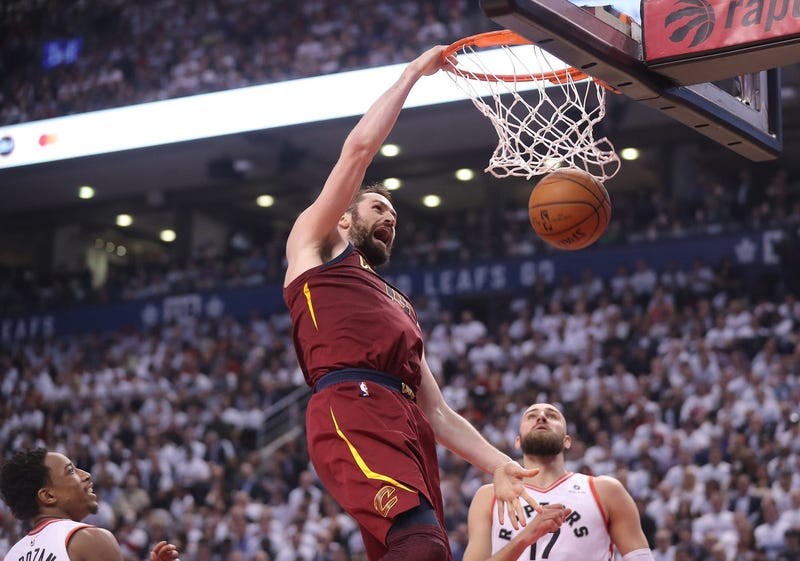 Cleveland Cavaliers rookie Isaac Okoro said that a big surprise from training camp has been that teammate Kevin Love “still had bounce.”

#Cavs Isaac Okoro on what has surprised him at training camp thus far:

"I didn't think Kevin Love still had bounce. He's still getting up there, still dunking right now. He surprised me with a couple dunks that he had. Caught a put-back dunk one time. That surprised me for sure"

Love, 32, may not be as athletic as he once was, but Okoro took notice to the star’s jumping ability.

Last season, Love averaged just 17.6 points per game to go along with 9.8 rebounds per contest.

The Cavs hope that Love can regain his All-Star form this season as they try to make a run at the postseason.

As for Okoro, the rookie reportedly has impressed so far in training camp.

The Cavs took Okoro with the No. 5 pick in the 2020 NBA Draft with the hope that he can be a solid wing defender for them going forward.

In his lone season at Auburn University, Okoro averaged 12.9 points, 4.4 rebounds and 2.0 assists per game.

The 2020-21 NBA season is set to begin on Dec. 22. The Cavs are looking to improve this season after they finished last in the Eastern Conference last year.