Cavs News: Matthew Dellavedova to Have Hometown Arena Named After Him 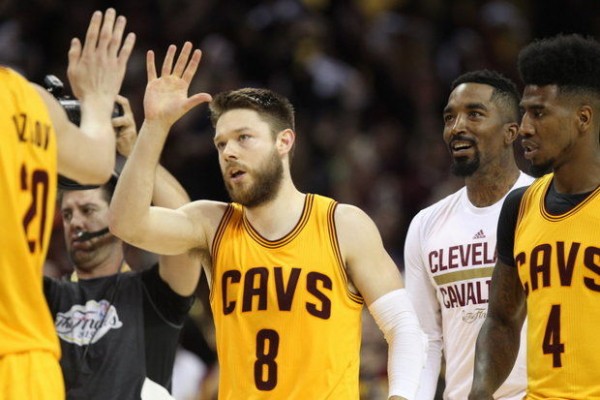 The legend of Cleveland Cavaliers point guard Matthew Dellavedova continues to grow with news that his hometown in his native Australia is planning on naming its basketball facility after him.

Dellavedova, who will be in the lineup for Thursday night’s Game 4 of the NBA Finals against the Golden State Warriors after being briefly hospitalized due to severe cramping, will be recognized by the town of Maryborough, according to Australian radio station 3AW.

“That’s where Matt Dellavedova learned his craft and the Maryborough Basketball Association have suggested that the stadium, which is a two-court stadium, ought to be renamed after Matthew,” said Central Goldfield Shire CEO Mark Johnson. “He’s certainly put Maryborough on the world map, it’s just fantastic.”

Johnson said that the request for the naming of the facility, which will be known as the Dellavedova Dome, came from the Maryborough Basketball Association. He also noted that the point guard’s popularity in the town is such that some students in the local schools are skipping classes in order to watch the NBA Finals. Due to the time difference, the contests begin during the late morning hours.

Former NBA player and native Australian Shane Heal, who was able to witness Dellavedova’s development up close, was blunt about how effective the point guard has been during the first three games of the NBA Finals.

“Everything he’s doing now, he did back in 2009 when I was an assistant coach with the Australian team. We saw him come in as a teenager and just play with that tenacity… He’s absolutely bullying Steph Curry right now.” Heal added, “Curry isn’t used to somebody playing with that sort of intensity on him for the full 48 mins on court.”

Dellavedova has already become a folk hero in the Cleveland area for his tireless efforts that currently have the team two wins away from capturing its first-ever NBA title. Playing off his nickname, a number of local delicatessens have named sandwiches after the second-year player.