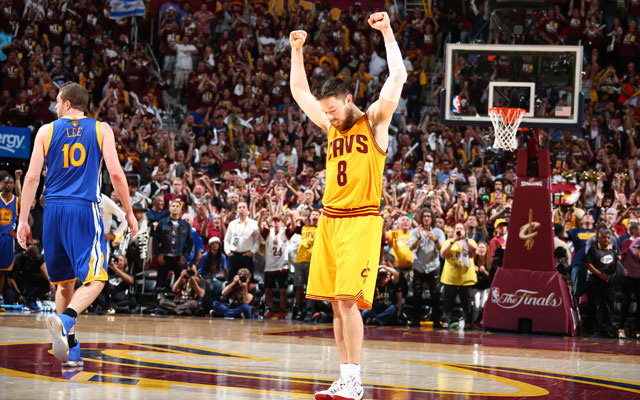 At the Cleveland Cavaliers practice on Wednesday afternoon, Head Coach David Blatt stated that both Matthew Dellavedova and Iman Shumpert would play in Game 4 of the NBA Finals against the Golden State Warriors on Thursday night.

Dellavedova was at the practice, approximately 12 hours after he was hospitalized at Cleveland Clinic for severe cramping. Prior to leaving for the clinic, Dellavedova was given an IV by the Cavaliers’ training staff, with the dehydration coming after a 20-point, five-rebound performance in Game 3.

Shumpert had an MRI performed on his shoulder that was injured in the contest, with the assessment being that it was a simple bruise and not the structural damage that was first feared. During the regular season, Shumpert missed six weeks due to an injured shoulder, the latter three coming as a member of the Cavs.

According to a tweet from Dave McMenamin of ESPN, Blatt had indicated to Dellavedova that he would limit his minutes for Game 4. The guard’s reported response was, “No, you’re not.”

Blatt says Dellavedova and Shumpert will both play Game 4. Blatt said he told Delly he would limit his minutes, Delly said “no you’re not”

In addition to the presence of Dellavedova and Shumpert, injured guard Kyrie Irving was at the practice to take part in the film session, according to a tweet from Cleveland Plain Dealer reporter Chris Haynes.

Kyrie Irving is at The Q for film session. I’m told he will address the media. Matthew Dellavedova present as well.

Game 4 will tip off shortly after 9 p.m. Eastern on Thursday night at Quicken Loans Arena, with Cleveland entering the contest holding a 2-1 advantage in the best-of-seven series.