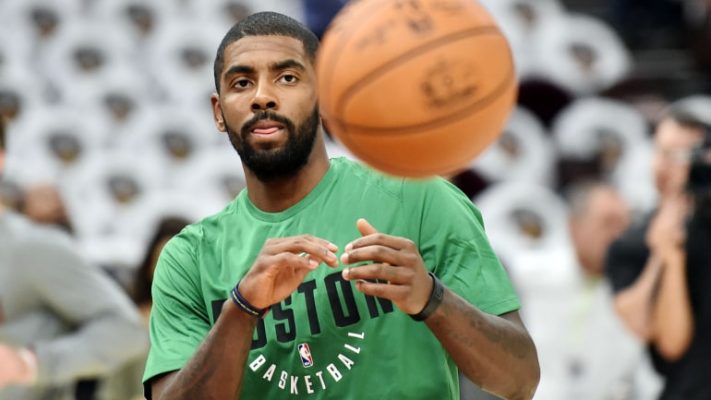 The Boston Celtics got their first win of the young season on Friday night, but instead of celebrating, Kyrie Irving was forced to confront his past.

Following the Celtics’ 102-92 victory over the Philadelphia 76ers, a fan from the stands yelled at Irving about his former Cleveland Cavaliers teammate LeBron James, and Irving was not having any it.

In the video, a fan can be heard yelling at Irving as he heads to the locker room:

Clearly bothered, Irving lashes out with a profanity-laced response:

The relationship between Irving and James has certainly changed since Irving demanded a trade over the summer, but it was still surprising to see the six-year pro react in such an emotional way.

Irving performed well in Friday’s game with 21 points, six rebounds, four assists, and two steals, but the fan heard in the video undeniably got under his skin.

Irving is seemingly trying to leave his history as a member of the Cavs behind him, it is yet to be seen, however, if fans in the stands will allow him to do so.