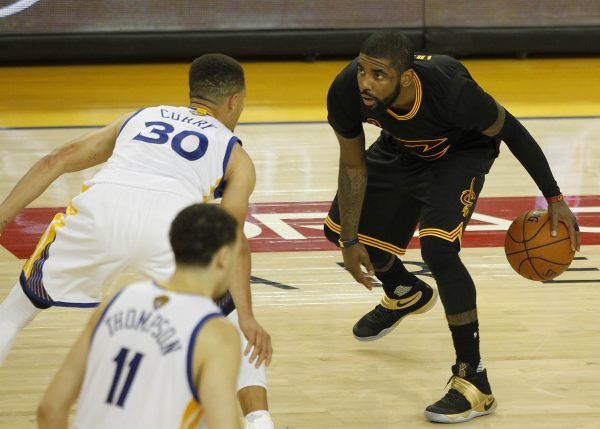 The last time the Cleveland Cavaliers were in Oakland for an NBA Finals game, point guard Kyrie Irving not only hit the biggest shot of his career, but maybe the biggest shot in Cavs history as he sank the game-winning 3-pointer over Stephen Curry of the Golden State Warriors in Game 7.

Fast forward a year later, and the Cavs are again headed back to the Bay Area to take on Curry and the Warriors to try and repeat as NBA champions. During the presentation of the Eastern Conference championship trophy, the camera caught Irving’s reaction when it was mentioned that the Cavs would be going back to Oakland to square off against the Warriors in the Finals.

It’s safe to say that the point guard can’t wait to showcase his final form on the game’s biggest stage.