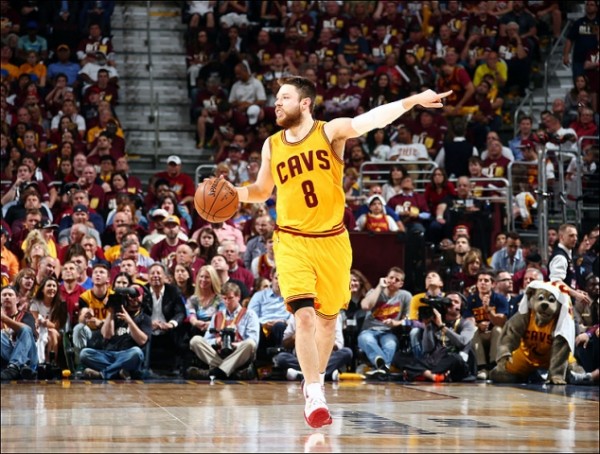 Cleveland Cavaliers guard Matthew Dellavedova was taken by ambulance to the Cleveland Clinic and hospitalized after suffering severe cramps following Tuesday night’s 96-91 victory over the Golden State Warriors in Game 3 of the NBA Finals.

There was no further word about his condition, but the Cavaliers said that they would have an update during the team’s practice on Wednesday afternoon, according to the Cleveland Plain Dealer.

The second-year guard out of Australia began suffering the cramps immediately after the hard-fought game, and was given an IV by the Cavs’ training staff. Although the cramps were in “multiple areas,” he was able to walk to the ambulance under his own power before being admitted to the clinic for further treatment.

Playing 38 minutes and ending the night with a playoff career-high 20 points and five rebounds, Dellavedova was a constant presence all night long by diving for balls on and off the court.

Dellavedova’s most important points of the contest came with 2:27 left in the game, when he scored a basket and was fouled while falling down with Cleveland clinging to an 81-80 lead. He converted the free throw that was followed soon after by a LeBron James three-pointer and a Tristan Thompson free throw that gave the Cavaliers enough of a cushion to withstand one final run by the Warriors.

James spoke afterward about how valuable Dellavedova has been to the team during this postseason, saying, “He gave everything he’s got. It was great to have someone like that out on the floor that was willing to sacrifice everything for the better of the team.”