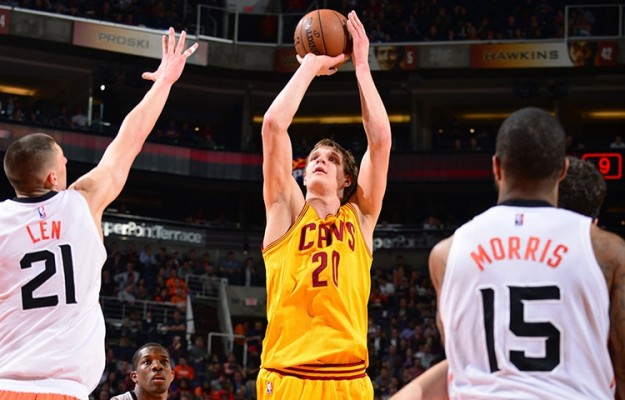 With the regular season in its final weeks, the Cleveland Cavaliers are not only trying to solidify the second seed in the Eastern Conference, but begin preparations of what they hope will be a lengthy postseason.

The presence of LeBron James and Kyrie Irving are a given when it comes to trying to decipher how long that stay will be. Meanwhile, the potential of both J.R. Smith and Kevin Love doing damage could also play a major role along the way.

That means trying to assess how important the man in the paint, center Timofey Mozgov, will be, requires a little deeper analysis than to simply look at his numbers on the stat sheet.

Since his acquisition on January 7, Mozgov has given the Cavaliers a large, consistent presence in an area that even before the season was seen as the team’s weak spot. That problem had mushroomed into a catastrophe on December 23, when Anderson Varejao was lost for the year after tearing his Achilles.

Just his mere size allows Mozgov to clog the lane or even make shooters change their attempts in mid-jump. That type of stature is something that’s not going to show up in the final numbers.

A pair of numbers that show up which can be attributed to Mozgov are the opposition’s points per game and their shooting percentage. A drop of three points and a drop in percentage of four points is a clear testament to his vale. 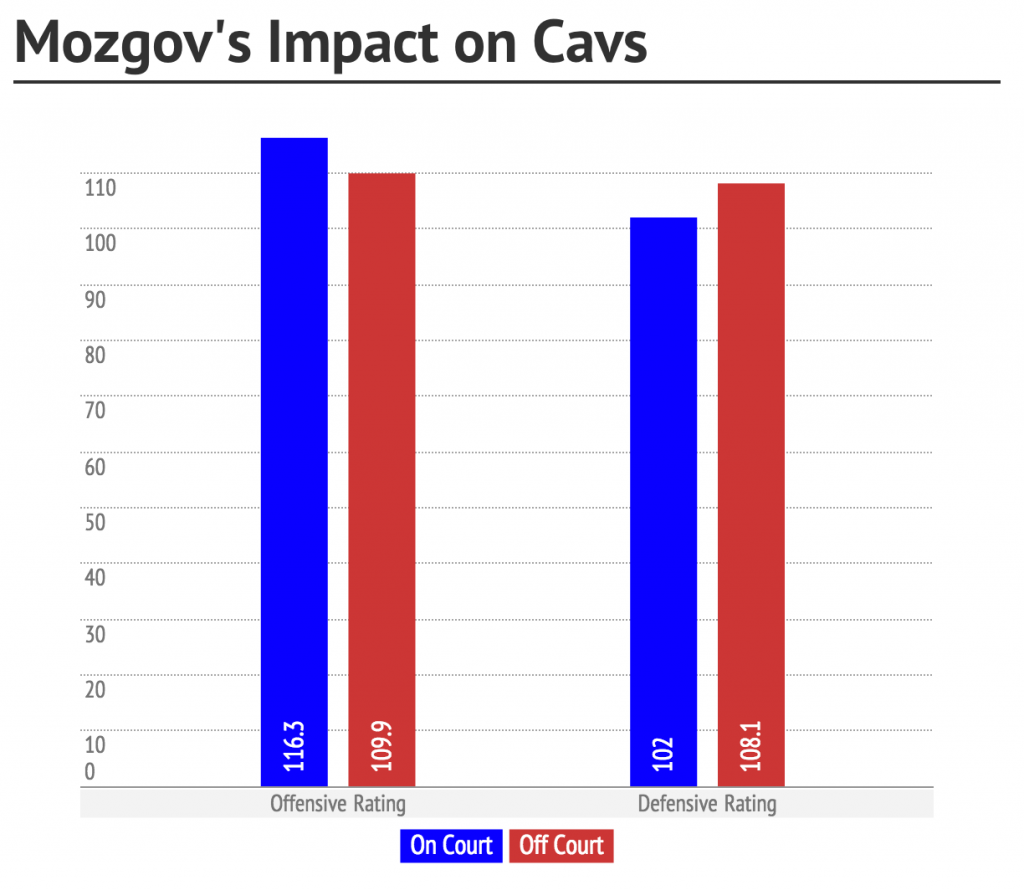 Irving has even given him credit for allowing the point guard to tighten up his defensive skills, while he and his teammates have helped the seven-footer turn the alley-oop into an art form.

Finally, Mozgov has also shown that he’s no shrinking violet when it comes to physical play or standing up for either himself or teammates.

So where does that leave the Cavs come playoff time? Given the fact that they could be facing one of five different teams in the first round leaves that open to question somewhat right now, so here’s a look at each of the centers in question:

The Miami Heat’s Hassan Whiteside has been forced into the lineup in place of the ailing Chris Bosh. While the legendary Bob Cousy recently compared him to Bill Russell, Whiteside is far from that. He has no playoff experience and has also shown a mercurial nature of late that explains why he’s never been able to put it together.

With the Boston Celtics, former Cavalier Tyler Zeller is a not a long-term solution in the middle as Cleveland showed during the 110-79 blowout on March 3. While the two teams meet again in the season’s final week, Mozgov should have plenty of flexibility if the two matchup in the postseason.

Although the Brooklyn Nets came away with a victory on Friday night, winning a potential series against them is another matter. Mozgov was able to best Brook Lopez when they played a few weeks ago, and there’s no reason to think he can’t do it again.

A team the Cavaliers has struggled against has been the Indiana Pacers, who can pit Roy Hibbert against Mozgov. Of course, one of those losses came without either James or Irving playing, so if Mozgov is able to simply neutralize Hibbert, the Cavs’ full contingent should take care of the rest.

The Charlotte Hornets have Al Jefferson to challenge Mozgov, but when the pair faced each other two months ago, the Cavs had a cakewalk victory. One indication of the difference between the two teams is that the Hornets were the only victory in the Cavs’ torturous two weeks without James.

Teams like the Toronto Raptors or Chicago Bulls that Cleveland would face in the next round offer different challenges for Mozgov. With the Raptors, Mozgov has young Jonas Valanciunas to contend with, but given the latter’s dustup with James in their previous meeting, he’ll get plenty of help to put him in his place. 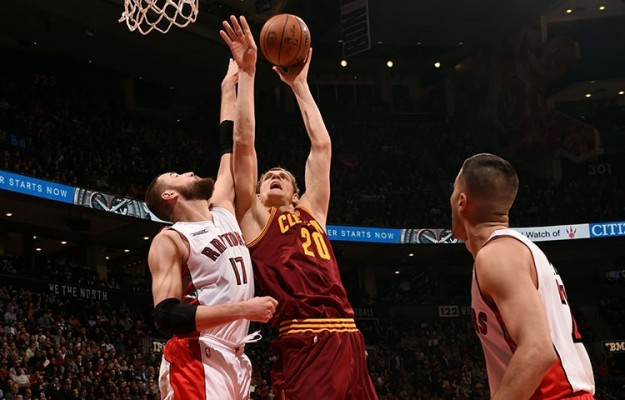 The Bulls have Pau Gasol at center, but their injury-plagued backcourt will likely make this another case of Mozgov simply needing to neutralize his opponent to achieve victory.

That leaves would-be matchups against the Atlanta Hawks and Golden State Warriors, who have both effectively clinched the top seed. Mozgov had a bad night against the Hawks’ Al Horford at the start of March, so an improved level of play could spell the difference.

With the Warriors, Mozgov’s first game as a Cavalier came against them and without James. When the two teams met again in late February, Golden State’s Andrew Bogut was a non-entity and Mozgov was able to garner a double-double.

Big men can be crucial come postseason time. Think back six years ago to the Eastern Conference Finals, when the Cavs were unable to solve the riddle of the Orlando Magic’s Dwight Howard.

That led to another frustrating end, which then led to Cleveland bringing in an aging Shaquille O’Neal to get them over the hump. That fell short, which led to the wasteland that followed the departure of James.

In contrast, Mozgov is still a young center whose size can’t be taught. The fact that he provides a steady option in the paint and also helps make things easier for his teammates shows that if the Cavaliers hope to be part of any trophy ceremonies in the next few months, Mozgov will be one of the keys to making that happen.